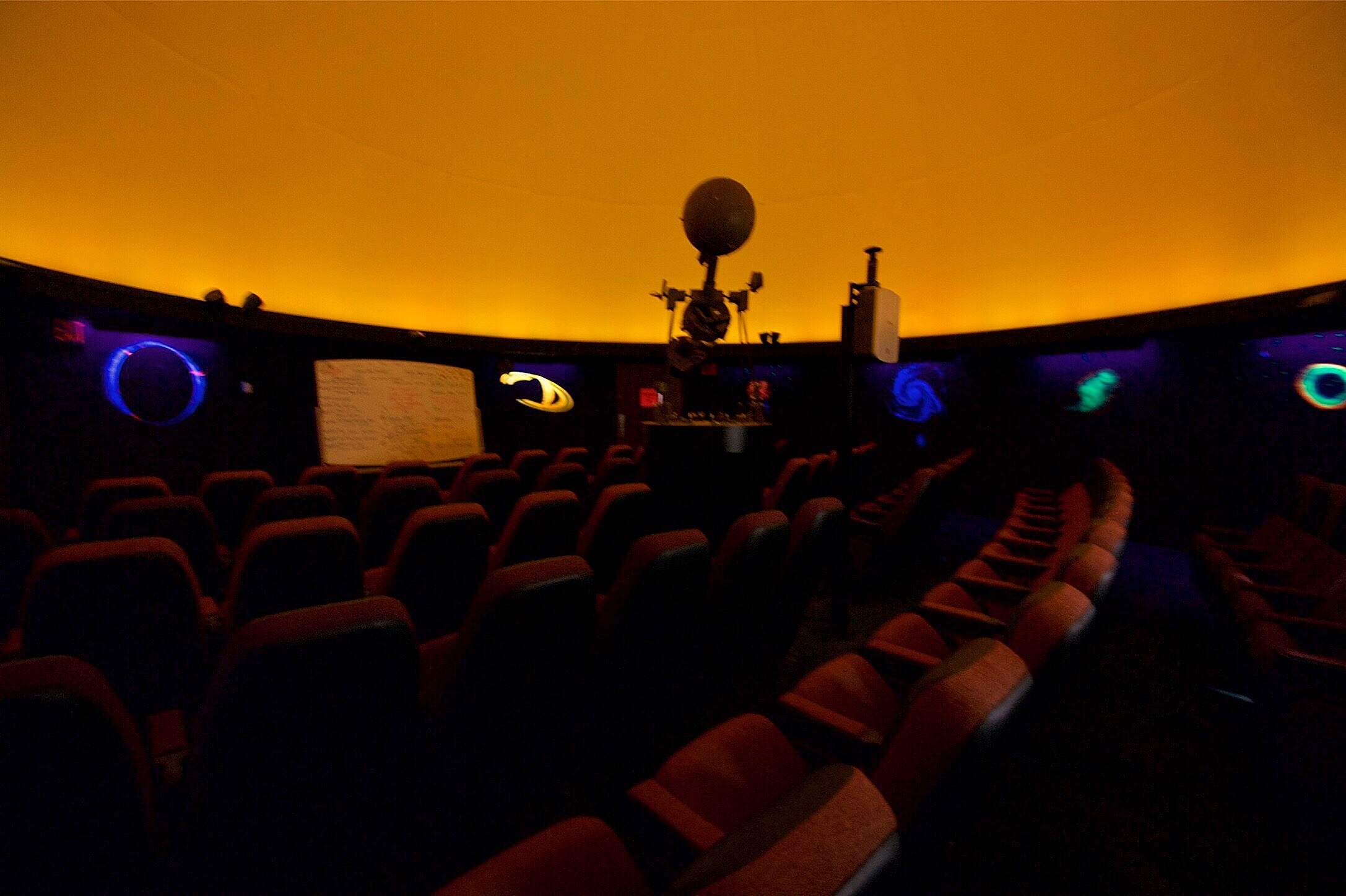 Marshall W. Alworth Planetarium, part of Swenson College of Science and Engineering, is part of the University of Minnesota at Duluth.  Located on the main UMD campus, it has served Duluth for 50 years.  Built in 1967 with a donation of nearly $200,000 from Marshall William Alworth, the planetarium gets roughly 18,000 visitors a year. If you are in the Duluth area and in need of something to do, look no further.

Spend your Wednesday night being captivated by the live, interactive show. Recline in one of the 65 seats and gaze upon the 30 foot full dome theater overhead, filled with stars and distant galaxies. Watch as nearly 1,500 stars are projected across the would-be night sky. During my trip, I took in a few shows. Dynamic Earth, exploring the inner workings of Earth’s climate system; watching as simulations of ocean and wind currents circled above me, and sinking to the depths of the ocean with scary sharks and schools of fish. Then Black Holes, where the mysteries of the universe expanded the minds of everyone in the audience. The two part series was presented by members of the Arrowhead Astronomical Society, one of the largest amateur astronomy societies in the Upper Midwest.  The planetarium is also the home of Darling’s Telescope. John Darling constructed a private observatory in Duluth in 1915 and his telescope is now on permanent display in the planetarium lobby.

The planetarium is so cool that their website even offers tips on astrophotography and for buying your own telescope. They also offer private group shows. Hosting everything from school groups, birthday parties, day camps, overnights, to corporate events, and team building. As a rather fun milestone, the Alworth Planetarium’s 50th Anniversary is Saturday, June 10th. To celebrate, they are planning all sorts of festivities – check out their website for more information.