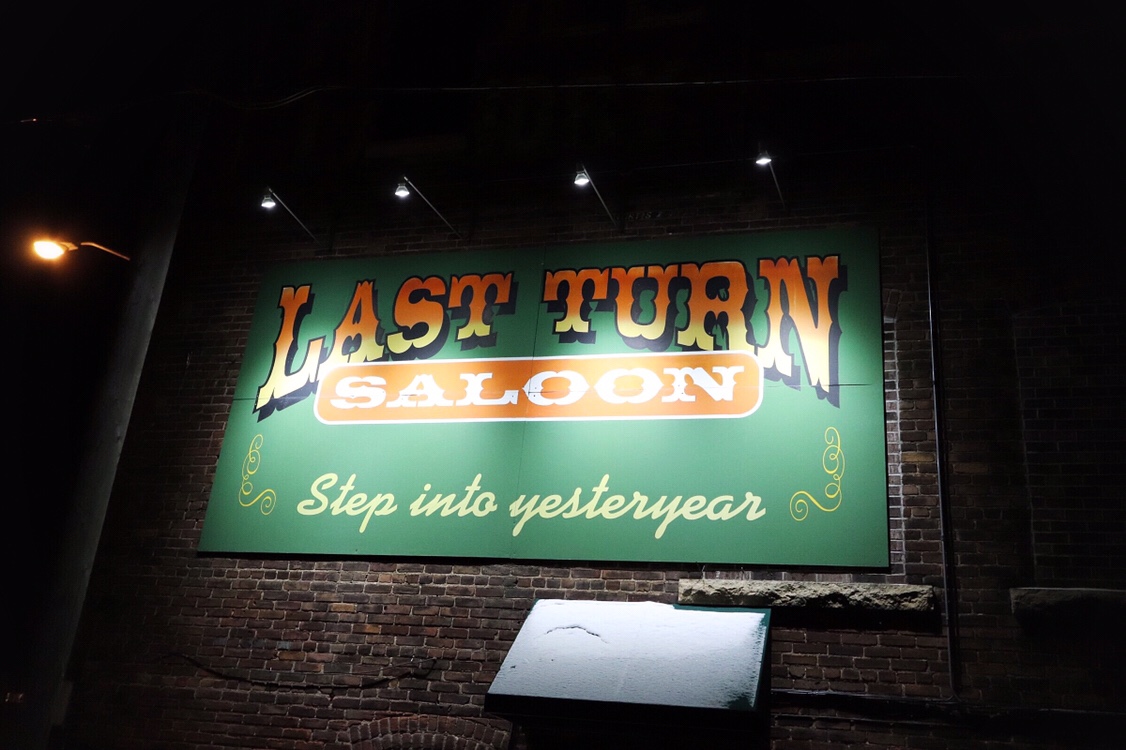 Before 1914 there were 35 saloons in downtown Brainerd, most notable the “Last Turn Saloon” on the corner of 4th and Front, for it was the last chance to stop along a long line of liquor houses before you were again in the woods. Imagine Brainerd’s version of “Cheers”.

From outside you are immediately greeted with a staircase and an overlook of the incredible bar. It was built in 1870 from solid oak and was the dining room buffet in the original Pillsbury mansion in Minneapolis. Once you’re in, you should grab one of the games (my preference is always Yahtzee), popcorn, peanuts and head to one of the coveted wooden booths.

The old booths that are reminiscent of a pioneer saloon with black-and-white photos of the yesteryears of Brainerd, lending nicely to the old ghost stories of apparitions and mysterious phenomenons.

Claims of odd footsteps, disembodied voices, odd sounds, items moving on their own, feelings of being watched/touched, the antique payphone ringing on its own, full apparition of a man walk through the front door and then disappear! So much so that the Johnsdale Paranormal Group even investigated!

So the story goes, in the late 1800’s / early 1900’s, the saloon sat in a different location which is a few blocks away from where the current saloon sits.

During that time, a situation had erupted when two Native American men were falsely accused of murdering a local white girl, and were hung by the town’s people right outside the saloon.

The saloon later moved to its current location, the former Brainerd Model Laundry building, which used to take care of laundry services for the Northern Pacific Railroad, the Brainerd State Hospital, and many other local businesses. It is said that the saloon was used as a speakeasy and brothel during the prohibition era.

The tunnels in the lower level are thought to have been used secretly by bootleggers during the 1920’s and early 1930’s adding to the already-mysterious place. One last thing: A hotel next to the saloon burned down leaving in its wake a few casualties. Since then, a significant level of paranormal activity occurring at the saloon.