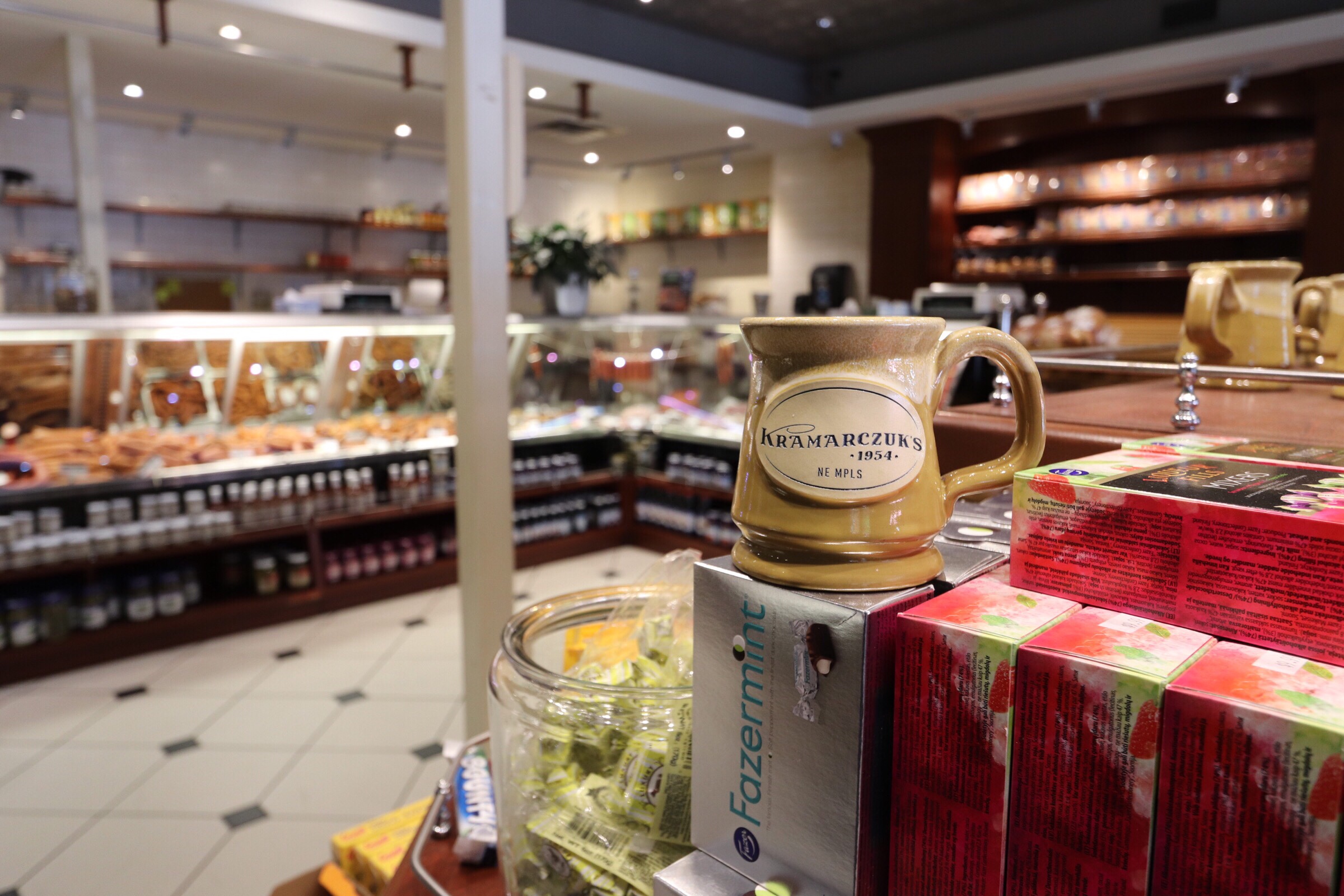 When it comes to my favorite places, Kramarczuk’s Sausage Company tops the list.

The eastern European restaurant and deli began in the East Bank-Nicollet Island neighborhood and has become one of the most chosen places for freshly baked bread, pastries, smoked sausages, and stewed cabbage.

A local institution of the Northeast part of the city if there ever was one, Kramarczuk’s namesake Wasyl and his wife Anna came to the United States from Ukraine in the 1940s.

Wasyl began supplying the city with sausages in 1954. In 1976, they opened the now Kramarczuk’s Sausage Company.

Even today, you can find their sausages on menus around the city. You can even find them at Target Field.

If you’d rather try your hand at re-creating their dishes at home, you can order their cookbook, Kramarczuk’s Family Classics. It is full of history, stories, and of course, food.

I can myself attest as it is my go-to for potato leek soup and German potato salad. If the potatoes weren’t my favorite food before being introduced to Kramarczuk’s, they certainly are now. As for sugar, there is something borderline sinful about their desserts. Their Chocolate Symphony Torte alone is something to covet.

Have you ever been?

One Reply to “Kramarczuk Sausage Co.”