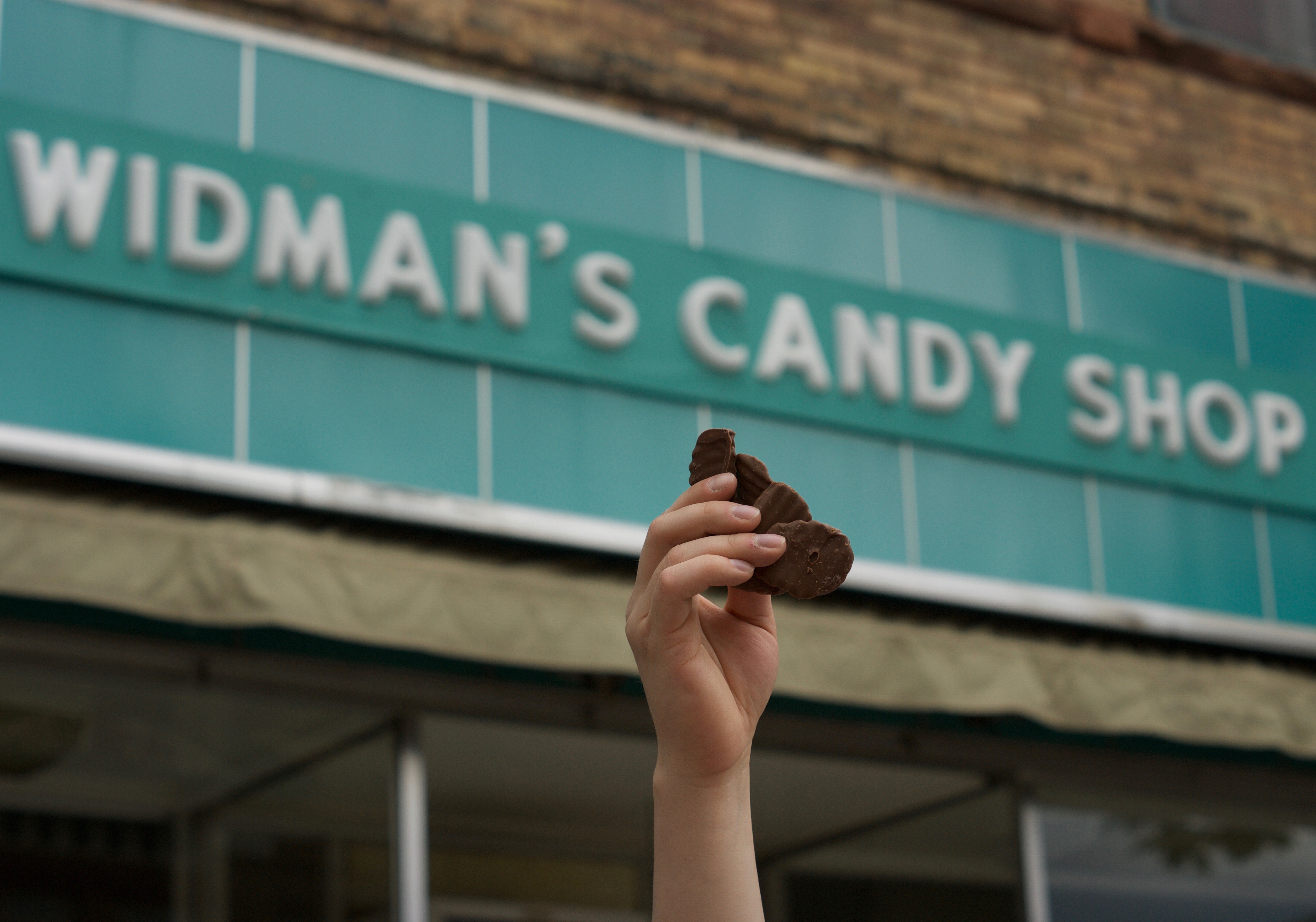 The very minute I announced I’d be heading to Crookston, I was flooded with messages about Widman’s Chippers. Anybody whose anybody (in a 50 mile radius) knows about them. The chocolate-covered potato chips,”Chippers”, are the most well-known of all their hand-dipped, done-the-old-fashioned-way sweets but they also have caramels, taffy, fudge, turtles, toffee, almond bark, peanut brittle and even caramel apples in the fall. These delectables were handed to me by George Widman, the 40 year confectionary veteran, himself. He and his wife, Lois, are there everyday, so if you come through town – stop by and say hello. The Widman family is full of confectionary pioneers, dating back to William Widman, who opened the New York Bakery and Candy Shop in Dubuque, Iowa in 1885 and later worked for Pearson’s Candy Company (Salted Nut Roll, anyone?). The family moved to Crookston in 1909 and opened Widman Candy Shop. Although it has since changed locations, it is the oldest family-owned business in Crookston and one of the oldest in the state. Widman family members also own candy shops in Grand Forks and Fargo.

Learn more about AmericInn’s Fill in to Win Giveaway!