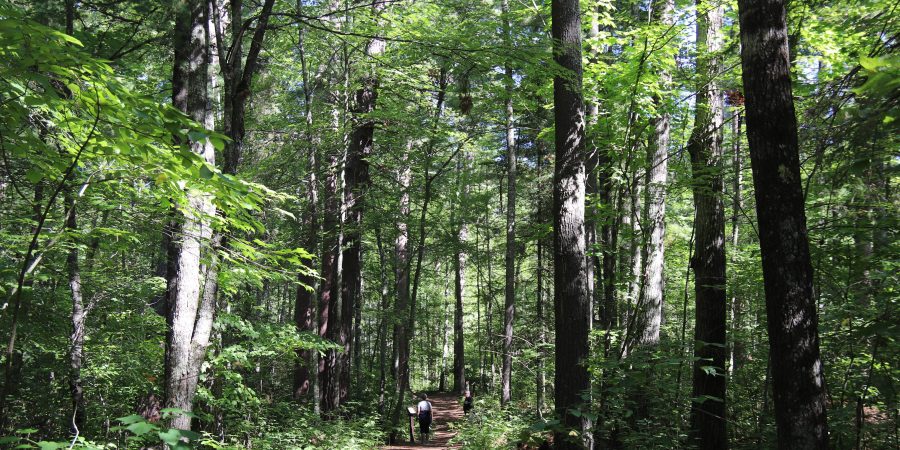 Have you heard of The Lost 40?

Located in the Chippewa National Forest in the town of Northome, the Lost 40 Scientific and Natural Area (SNA), or simply “The Lost 40″ is a nature preserve that is unlike anywhere you have seen in the Midwest.

Let me give a bit of history;

In the late 1800s, Minnesota was one of the largest suppliers of timber in the country.

As timber companies moved westward, they sought to log as much of the northern forests as economically possible.

In 1882, a land surveying group out of the nearest settlement camp in what is now Grand Rapids worked to survey the contracted areas of the Northwoods.

Led by surveyor Josiah A. King, a small group traveled and sought to survey the six square mile area between Moose and Coddington Lakes.

Assuming the area was swampland, this plot of land was mapped as Coddington Lake about a half mile further northwest than the lake was located.

Marking it at underwater, the 144 acres of forest remained untouched by loggers.

The site was re-surveyed and the error corrected in 1960 but moved to be managed by the Minnesota Department of Natural Resources under their Scientific and Natural Areas Program.

Today, less than 2 percent of Minnesota’s forest land is occupied by “old growth” or “virgin” timber that has been left to age without disturbance.

The Lost 40 allows seeing some of the last stands of the virgin, “old-growth” red and white pine in Minnesota.

Some of these trees are well over 300 hundred years old!

You can take the one-mile, self-guided trail that meanders through the massive, towering pines, following the natural terrain and elevation changes.

The thick guarded forest and rare vistas give only slits of the bare sky that is certainly a sight to be seen – as are the prehistoric, Paul Bunyan-sized mosquitos I encountered. It is one of my Mom’s favorite places.

If you are ever on the fence about going out of your way to visit, I recommend you do.

You should note that the area is limited to hiking, snowshoeing, skiing, photography and bird watching, leaving the Lost 40 to hold up its name.