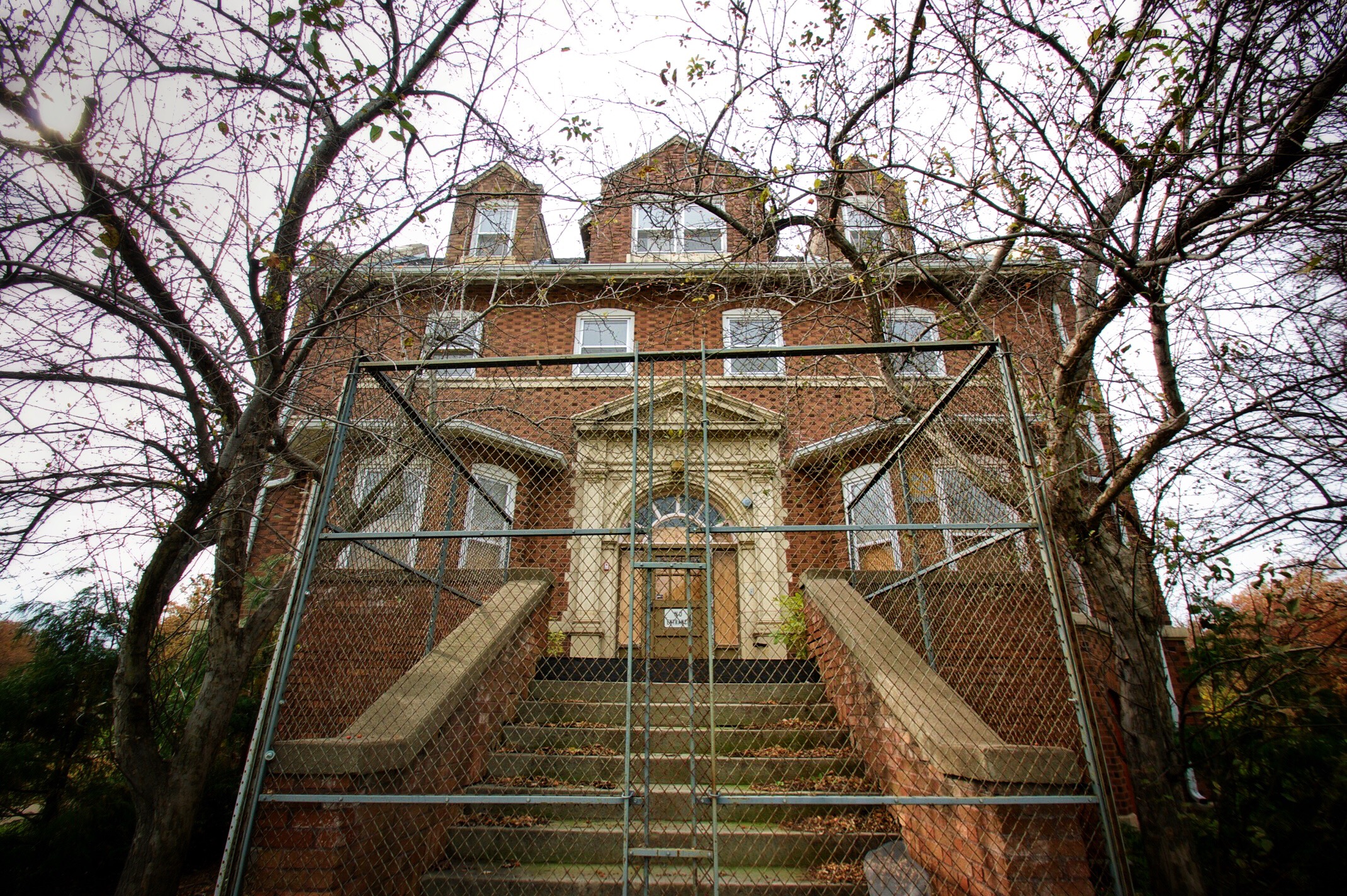 When I say that Anoka is ”The Halloween Capital of the World”, its not just because of the fun parades or the inflatable pumpkins. Anoka carries a much more sinister past. Anoka State Hospital, also known as First State Asylum for the Insane, Anoka State Asylum and most recently Anoka-Metro Regional Treatment Center, Minnesota’s largest mental health hospital. After aggressively lobbying, Anoka’s asylum, built in a circle of cottages (one pictured here), opened its doors to its first 100 patients in 1900. Considered innovative at the time, housing and later treating mentally ill patients, the asylum ran for 99 years, using everything from leather restraints and straitjackets to lobotomies, electroshock therapy and hydrotherapy. It also served short term as a tuberculosis treatment center and a place for emotionally disturbed children and adolescents. The spookiness doesn’t end there. Patients often wandered off the hospital grounds into downtown Anoka. Starting fires, shoplifting and loitering, some female patients were lured off campus with alcohol and drugs and assaulted. It gets worse. In 1976, a patient escaped hospital grounds, broke into a nearby home and killed the homeowner. The facility closed in 1999, leaving the remnants of terrifying stories, personal accounts and unspeakable secrets and tragedies. Beneath the cottages are a network of tunnels that have since been forbidden. It is trespassing if you venture into them or the boarded cottages – I wouldn’t suggest it either. Those who have remiss about old wheelchairs pacing back and forth in the attics, distant footsteps, whispers, orbs and cold spots. After it closed, the state gave the buildings and grounds to Anoka County. It is now a 110-bed state psychiatric hospital, essentially a prison, housing the mentally ill and violent criminals. Further ties to Halloween? In 1949, Governor Luther Youngdahl visited the Asylum on Halloween night and, burned hundreds of leather restraints and straitjackets in effigy, in front of a crowd of more than 1,000 people.