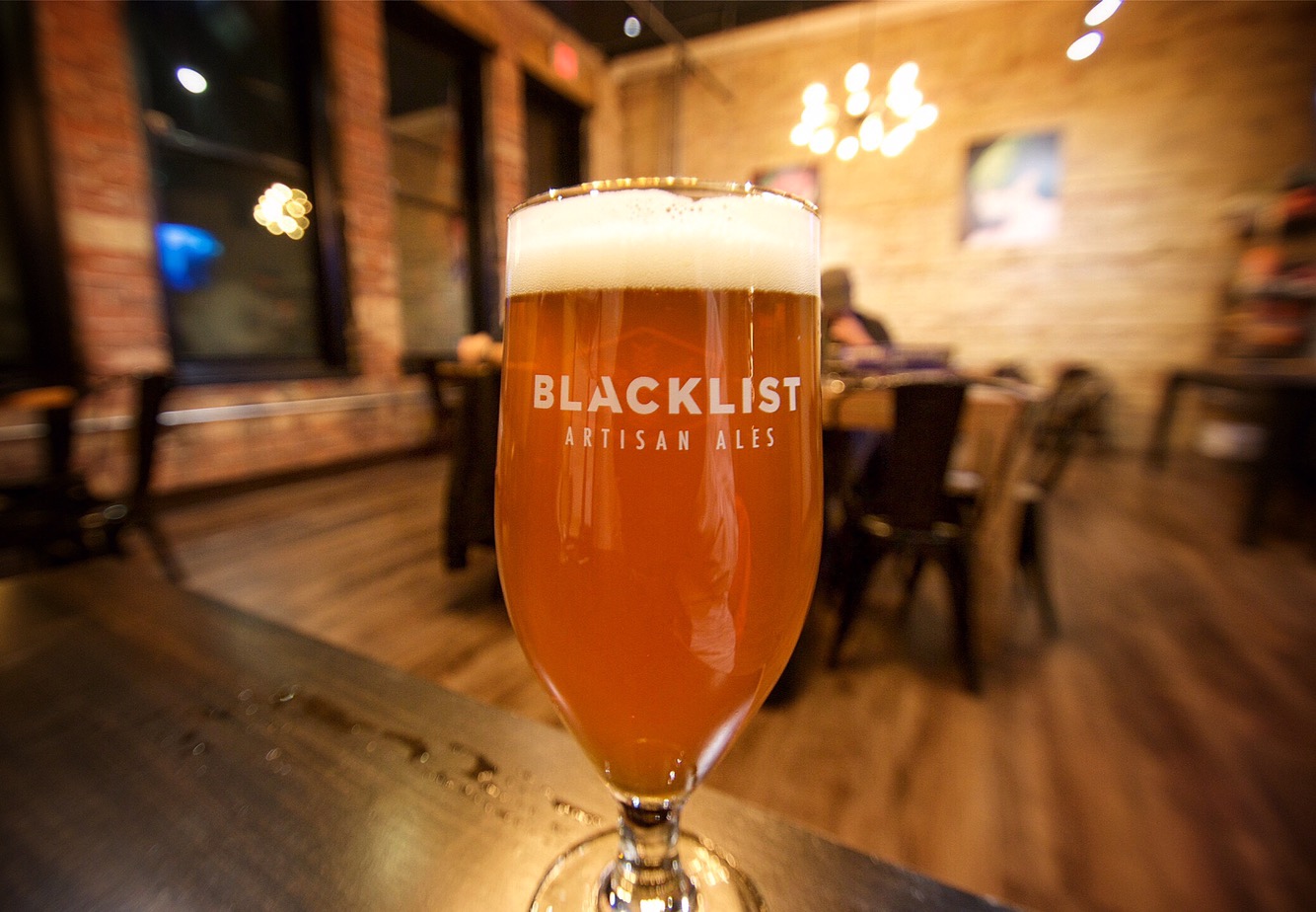 Originally funded as a kickstarter campaign in 2012, Blacklist Artisan Ales was founded by childhood friends Brian Schanzenbach and Jon Loss, and later TJ Estabrock. Starting out contract brewing with Dubrue Brewing Company, a space it couldn’t use for a taproom because it was 4 feet too close to a church. A fire next door to the brewery in February of 2014 resulted in serious smoke damage. Fortunately, Blacklist was able to rebuild and take over the entire space.

You can find them in Downtown Duluth off Second Street in a historic, now infamous location. Originally built as the Delray Hotel in 1908, the three-story was more recently home of the notorious Last Place on Earth head shop whose owner, Jim Carlson is serving a 17½-year prison sentence for 51 convictions related to the sales of synthetic drugs at the store. Blacklist has carved a space in Duluth’s Historic Arts and Theater District, opening their doors on Black Friday of this past year.

One Reply to “Blacklist Artisan Ales”