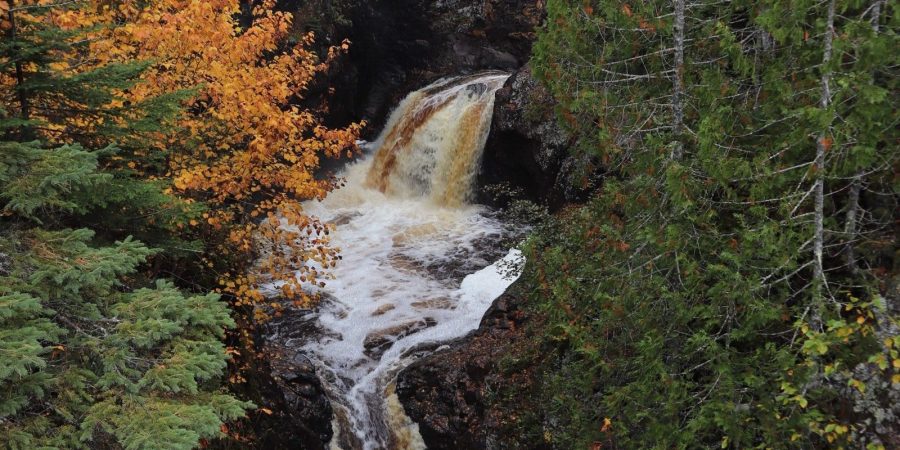 Cascade River State Park is one of the lesser-known state parks of the North Shore.

Located in Lutsen it is connected to the Superior Hiking Trail and the North Shore State Trail, near the northeastern tip of Minnesota.

The site was originally named Cascade River State Wayside and developed by the Civilian Conservation Corps in 1934.

Initially, Cascade was thought of as a state park, but it wasn’t officially designated until 1957.

The rocky and rugged location makes it a great place to hike but also perfect for drive-in and backpack camping.

Hiking the hilly terrain of the boreal hardwood-conifer forest will give you beautiful vistas of birch, white cedar, aspen, fir, and spruce trees.

Not getting the foot traffic that Gooseberry or Split Rock does, Cascade runs abundant with wildlife and undisturbed photo opportunities. Moose, wolves, pine martens, bears, whitetail, you name it.

The Cascade River, one of the largest of the North Shore rivers, is constantly eroding the gorge as it flows down one ledge after another for a total drop of 900 feet.

You can stand on the footbridge that spans the river, or find the huge 535-foot overlook wall, or any of the other magnificent vantage points to feel the rushing river and grand waterfalls beneath you.

These waterfalls alone make it one of my favorite Minnesota state parks.