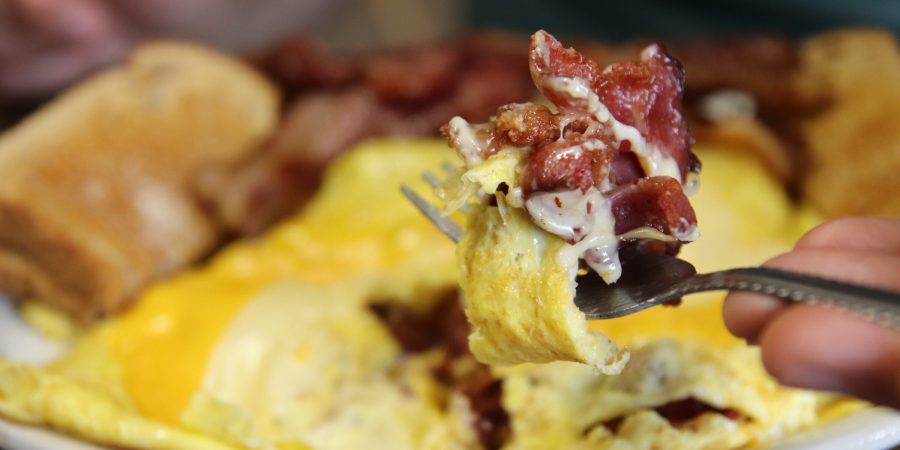 I am all for small-town haunts and standard breakfast fare. This is where Big Winnie Cafe off County Road 8 in Bena comes in.

I was passing through Leech Lake Reservation recently and came upon an unsuspecting brown building with a tiny, white, plastic hanging sign that simply said Big Winnie Cafe. Warm, a little dated, and comforting, Big Winnie feels like walking into your Grandmother’s dining room. Complete with a multitude of everyday breakfast options like eggs, hash browns, sausage, bacon, ham, toast, and coffee. The Cafe is open for breakfast and lunch every day from 7 am to 3 pm. It is just up the road from Big Winnie Resort and General Store near Lake Winnibigoshish and kitty-corner from a post office that has been in operation since 1898.

Bena is a type of bird mentioned in The Song of Hiawatha, an 1855 poem by Henry Wadsworth Longfellow. The narrative tells the story of an Ojibwe warrior named Hiawatha and the tragedy of his love for Minnehaha, a Dakota woman. The poem has been rooted in Minnesota culture and immortalized in the Hiawatha and Minnehaha sculpture by Jacob Fjelde near Minnehaha Falls in Minneapolis.

Bena received quite a bit of attention when a Bigfoot sighting was submitted in the summer of 2006. No kidding. DeBahJiMon, a Publication of the Leech Lake Band of Ojibwe, published an article, Bigfoot Sighting in Cass County — Fact or Myth? in July of 2006. Huge footprints were found off Six Mile Lake Road and the DNR came out to investigate. After taking molds of the prints, they were unable to come to a consensus about what it was, only that something 800-1000 lbs could make prints that deep in the dirt.