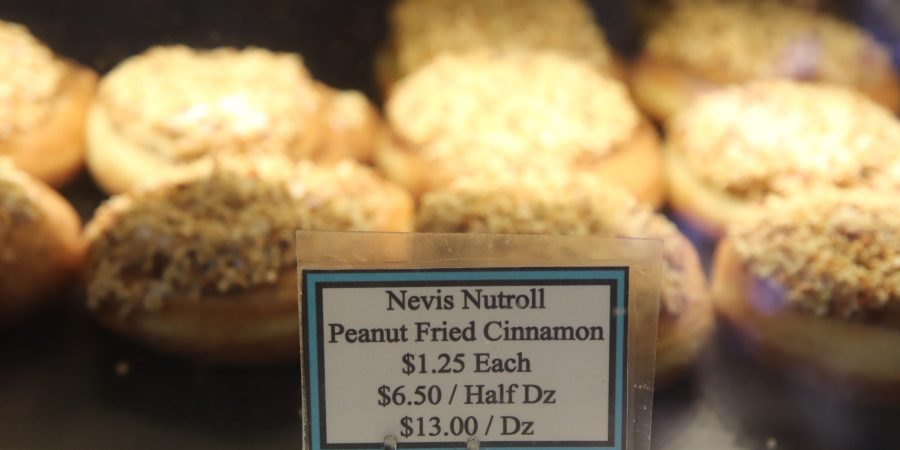 Whenever I head back home, I always make it a point to stop at Chop n Pop’s Bakery in downtown Nevis.

Since my sister and I planned to be in the area for the weekend before she moves to Missouri to work for the Chiefs (I know, right? So proud!), I knew we would have to get our donut fix.

There is a collection of cookie jars that line the front wall and a pin map of all the travelers who have stopped in over the years next to the rows of baked goods.

They also have a line of freeze-dried fruits and vegetables, too. Fun fact: They also have something called the Nevis Nut Roll, it’s like a regular iced roll, but full of nuts, a local favorite. Make sure to get there early or they sell out.

As we left, Nikki made sure to add her new home to Chop’s push pin travel map, with all the other out-of-towners.