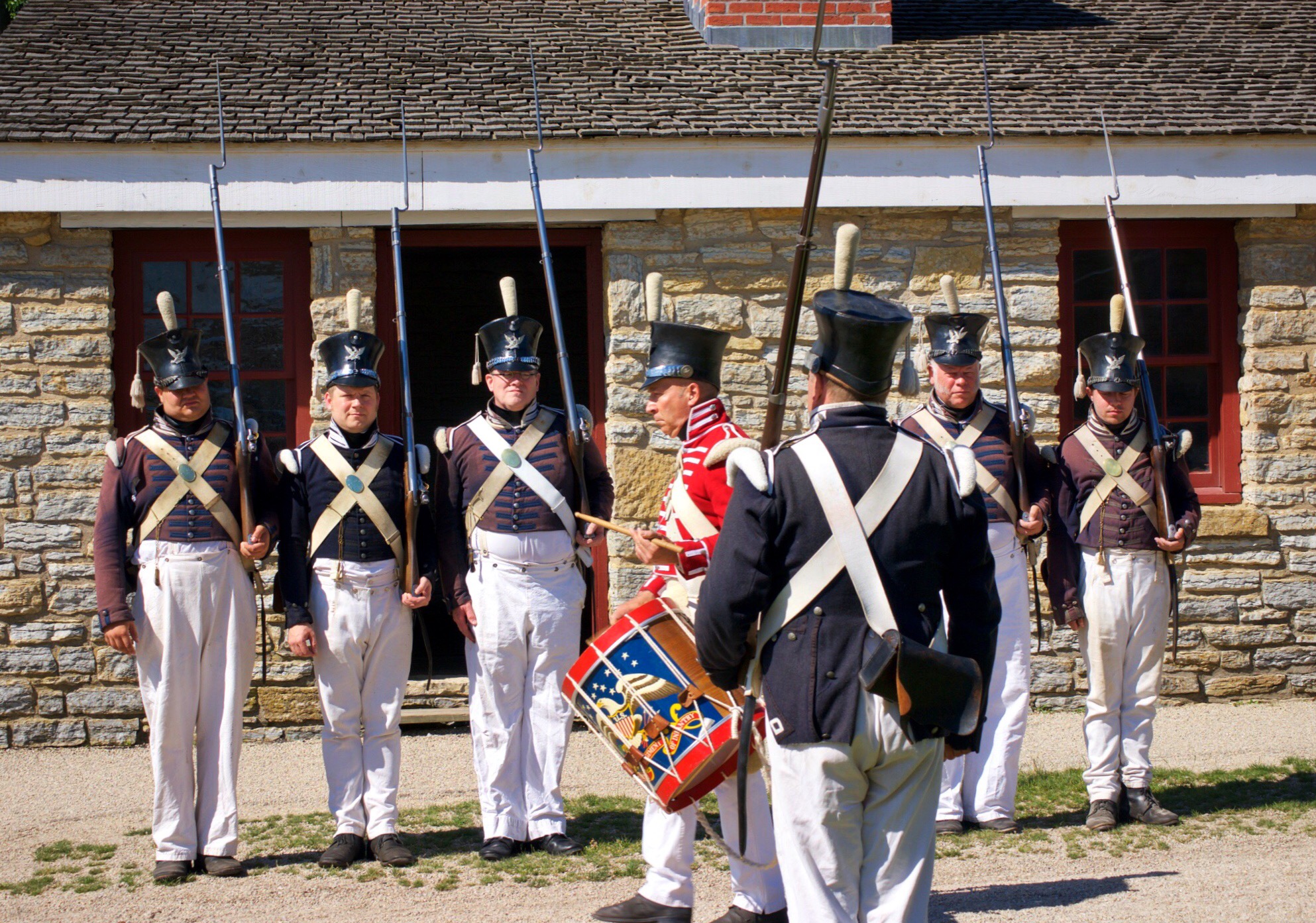 This weekend means a great many things, but first and foremost, it is a commemoration of the adoption of the Declaration of Independence, declaring us a new nation, the United States of America. While we’re busy hosting barbecues, attending celebrations and watching parades and fireworks shows, I thought it a good time to talk about Fort Snelling and the people that built, resided, died, found refuge and those who are still there, interpreting the history, all in the name of our nation.

Fort Snelling has a reputation amongst many people of a historic site that valorizes militarism, imperialism, and all of the sorts of oppression that come along with them. It was, after all, built in the early 1820s and served the military until 1946, and it witnessed all of the oppression and destruction that those years wrought. However, in the last decade or so, and with the 200th anniversary of the fort’s founding approaching in 2020, the Fort, and those that tell its story, have been telling it’s true narrative and I wanted to share a few things you might not know. Perhaps it can help us think about the ever-evolving nature of “independence” and what it means to be an American this July 4th.

1. Though it was illegal, slavery flourished at Fort Snelling in its early decades, encouraged by the army’s need to maintain the upper-class lifestyles and while it was widely accepted, it did not go un-resisted. However, one family’s struggle for its freedom stands out. Dred Scott and Harriet Robinson Scott, who both spent years at the Fort during the 1830s, would later use this time in their improbable, long-climbing Supreme Court case over the legality of slavery in the territories of the West. Their defeat in the high court decision fed the firestorm over slavery shortly before it exploded into the U.S. Civil War. The fort now integrates the Scotts’ story heavily into its interpretation, connecting that case to its eventual overturning by the 14th Amendment and the continuing evolution of the amendment’s rights protections, from controversy over immigration to the victory of marriage equality. All of this, has major roots in the kitchens and dark corners of Fort Snelling.

2. The fort was built, along with the nearby St. Peters Indian Agency, in the aftermath of the War of 1812. The fort and agency hoped to accomplish the regulation of the American Indian trade in furs of the nearby Dakota and Ojibwe Indian groups, to push for native acculturation to white cultural and economic norms. Facing constant public hostility and official misdeeds, the Dakota struck back in desperation in what became the U.S.-Dakota War of 1862. At first, the Fort was just a staging ground of U.S. forces fighting in Southwestern Minnesota, but the end of the war in the fall eventually brought in excess of 1700 peaceful Dakota to a concentration camp below Fort until they could be removed the following spring. The fort currently works to integrate into its interpretive narrative the story of the camp, the unimaginable loss of 300 innocent lives to neglect there. But that’s not where the Native story ends. The U.S. failed to defeat them in the way many Minnesotans had long sought for Native peoples: acculturation or extinction. The small remainder who found shelter in Minnesota after the war have combined over the last 150 years with returnees into a vibrant community that still calls the state home, not to mention that Ojibwe who have long had to struggle to retain their place in the state themselves. The story of negotiation and resilience continues still, to challenge those who forget the whole history of Fort Snelling or of the United States.

3. One of the challenges is recovering the voices that we hear so little of; African-Americans, Indigenous populations – and perhaps unexpectedly, the lower-class soldiers themselves, and their families. Of all the things we don’t know about the fort beyond the barest outlines provided by written accounts, perhaps the most glaring absences are the daily details and attitudes of the men that had to sleep twelve to a tiny squad room between long days as little more than beasts of burden, not to mention the wives and children who themselves labored endlessly to survive an often harsh existence and sustain the fort’s grand political agendas. However, Fort interpreters, when asked, like to talk about the oppressive atmosphere of a fort run by the upper-class officers in a land that seemed unfathomably foreign to the enlisted men posted there.

Have you ever wondered what a 4th of July celebration was like almost 200 years ago? You can see something like an 1820s Independence Day celebration at Fort Snelling tomorrow! In addition to discussing the fort’s many perspectives and daily details of two centuries ago, the activities include large dress parades to troop the nation’s colors and fire an enormous celebratory musket volley; a three-cannon salute to enjoin the nation to live up to its founding principles; and even a small mock battle to celebrate Colonel Josiah Snelling’s actions in a small battle against the British in the War of 1812.

Experience what being part of this nation meant 200 years ago by attending Fort Snelling’s Independence Day Celebration!