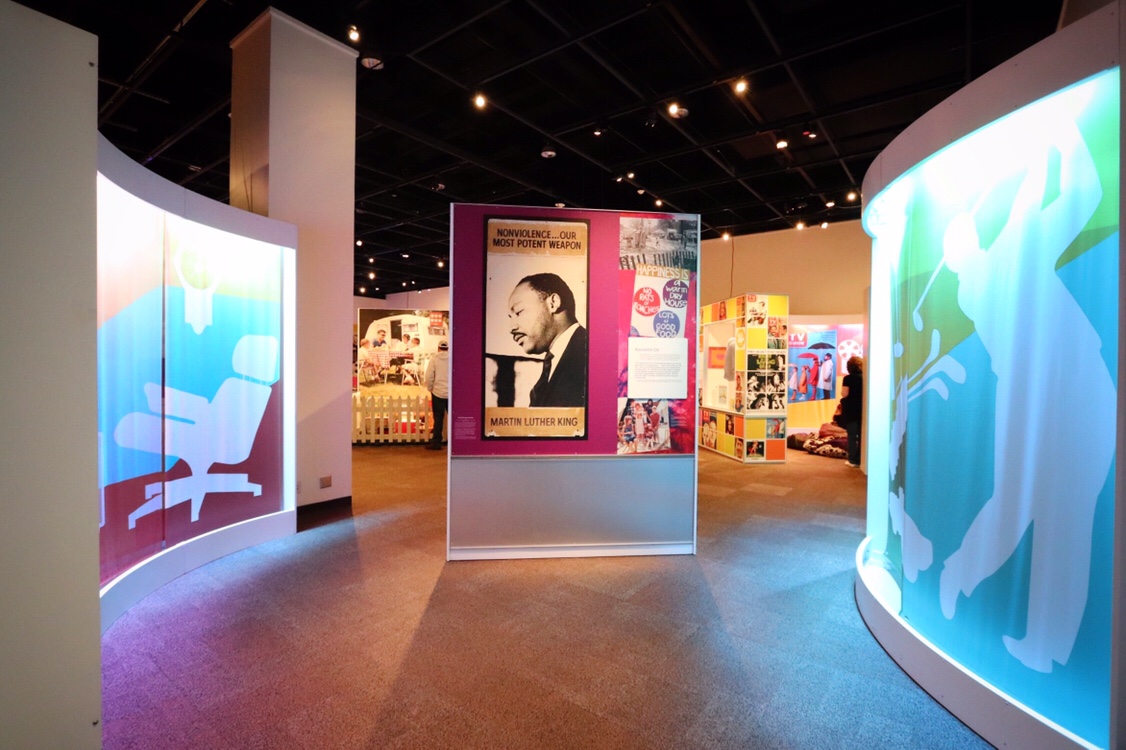 If you are interested in history, you need to check out the “The 1968 Exhibit” at the Minnesota History Center.

‘68 saw the Tet Offensive, the turning point of the Vietnam War, the assassinations of Rev. Dr. Martin Luther King Jr. and Robert F. Kennedy, the rise of Black Power, the struggle for women’s rights, the violent conflicts at the Democratic National Convention in Chicago and the first full-color images of Earth from outer space beamed by Apollo 8.

Through the 1968 exhibit, You will see a Bell UHI “Huey” helicopter (Vietnam-era), the torch from the 1968 Olympics, oral histories from civil rights workers and Vietnam vets, Presidential campaign artifacts, landmark TV, film, and news clips, vintage fashions like a suede vest worn by Jimi Hendrix and a sweater and shoes worn by Fred Rogers on the television show “Mister Rogers’ Neighborhood,” household items and toys, a full-size replica of the Apollo 8 capsule.

You can also spend some time learning about the legacy of the civil rights movement. You can create screen print posters inspired by the Poor People’s Campaign and the Memphis Sanitation Workers’ Strike.

Marking the 50th anniversary, “The 1968 Exhibit” was developed by the Minnesota History Center, in partnership with the Atlanta History Center, the Chicago History Museum and the Oakland Museum of California. Tom Brokaw, news anchor and author of “Boom! Talking About the Sixties,” served as honorary chair of the project. If you are interested in adding it to your #mnbucketlist, the exhibit runs from now until Jan. 21, 2019.