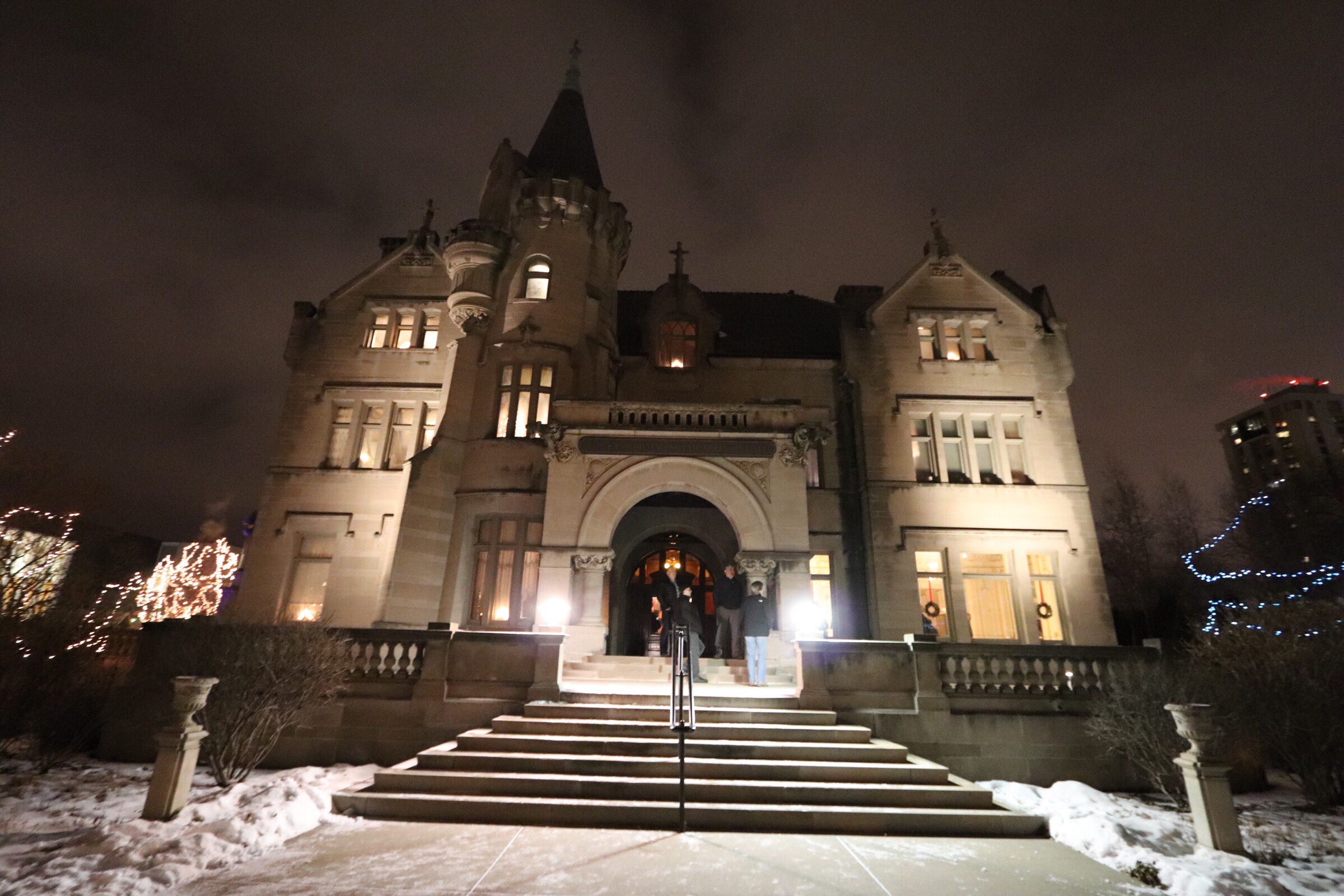 Built for Swedish immigrants Swan and Christina Turnblad and daughter Lillian who officially lived in the mansion from 1908 to 1929.

Swan Turnblad was a prominent Swedish Minnesotan and the manager, editor, and publisher of Svenska Amerikanska Posten, a Swedish American newspaper.

Fun fact: In the spring of 1899, Turnblad purchased a Waverly Electric car, which was the first commercially produced automobile owned by a Minneapolis resident.

The exquisite old castle is on the corner of East 26th Street and Park Avenue.

Turnblad decided to donate his mansion and Svenska Amerikanska Posten to the newly founded “American Institute of Swedish Arts, Literature and Science” now known as the American Swedish Institute (ASI) in 1929.

Turnblad served as the first president of the Institute from 1929 until his death in 1933.

In the 1950s, ASI began displays that showed how Christmas is celebrated in different Scandinavian countries.

This has evolved into an annual display where each room in the mansion is decorated to represent a different country: Sweden, Norway, Finland, Iceland, and Denmark.

I visit every year during the winter solstice celebration to visit the reindeer, make smores in the enchanted forest and see the Fest! Merry Mansion.