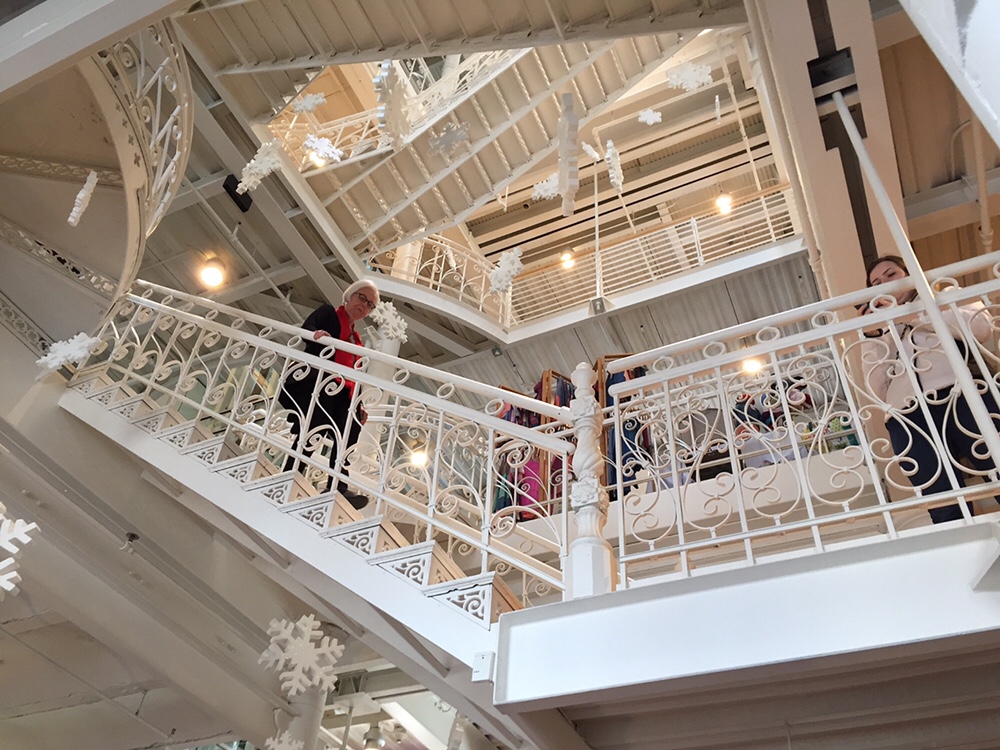 Located on the east bank of the Mississippi River in the heart of one of the country’s strongest arts districts sits the awe-inspiring historic Grain Belt Brewery.

In the early 1890s, four brewers, Heinrich Brewing, Germania Brewing, Norenburg Brewing and Orth Brewing, combined their businesses to create the Minneapolis Brewing and Malting Company, later changing its name to Grain Belt (a nod to the Midwest known as American’s grain belt or breadbasket).

Originally built in 1891, the iconic brewery, in its Romanesque Revival style, looks like a German castle. Just look at the magnificent, original white wrought iron staircase that goes up to the skylight level. Wow.

It remained open even after the passage of the Eighteenth Amendment in 1919, producing “near beer” and soft drinks. Closed in 1927 until the repeal of Prohibition in 1933, Grain Belt became one of the top breweries nationwide.

The complex now includes the Pierre Bottineau Branch of the Hennepin County Library, The American Craft Council, two buildings owned by Artspace, the Bottling House and Warehouse, and The Keg House Arts Building.

They do all kinds of events in the different spaces, if you want to see it for yourself!