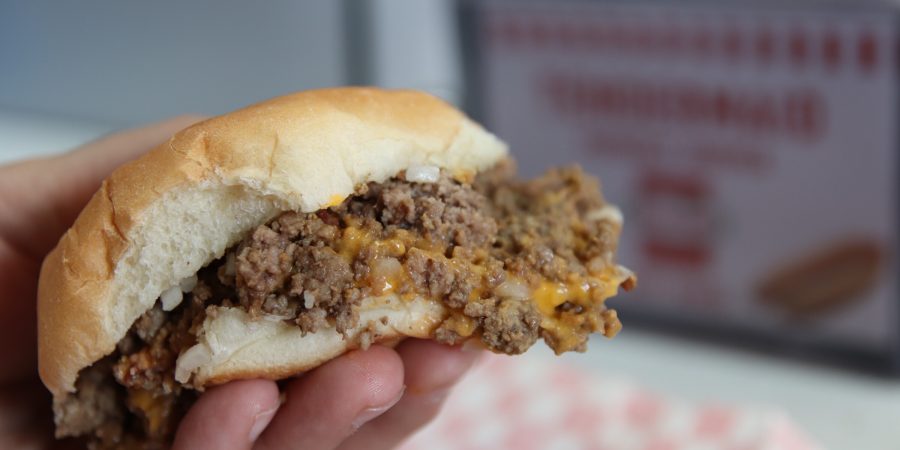 Have you heard of Tendermaid? It’s an infamous loose-meat, secret-recipe burger joint with roots dating back to 1930s. Let me tell you all about it.

Mildred and Jerry Thatcher loved to frequent one of the more popular eateries in Marshalltown during the early 1930s, the Taylor’s Maid-Rite.
The Thatcher’s ate there so often they decided to open their own Maid-Rite-style shop in another Midwestern town. Enter, the Tendermaid Sandwich Shop at the corner of 4th Ave and 2nd St in downtown Austin. Opened in 1938, the Thatcher’s ran it for 40 years before selling in 1968 and retiring. The restaurant went through a number of owners before Gary and Sara White took over the restaurant in 1997. With more than 80 years in business, it is Austin’s oldest eatery.

Today, Tendermaid is still in its original building, inside you’ll find a small rectangular counter with about a dozen red vinyl counter seats and a 70s style Pepsi menu board proudly displayed in the middle. The nostalgic atmosphere will have you feeling like you’ve been transported back in time and it’s of no surprise as the now-considered-retro establishment has been in business since Franklin Roosevelt’s second term.

Tendermaid specializes in loose-meat burgers. “Loose meat” is steamed ground beef served seasoned on a bun. These are to be eaten with a spoon, as the slogan goes, “The spoon isn’t for the milkshake – it’s for the hamburger.” They also have cheeseburgers, chili-cheeseburgers, and bacon-cheeseburgers and a number of malts and super thick shakes made the old fashioned way. I myself loved the Butterscotch.

There is even an eating challenge. To beat it, however, you have to eat the record of 30 sandwiches in less than 26 minutes. Additionally, you also have to eat a bag of chips, a malt and drink 84 oz. of water. Yeah, that’d be a no for me. Ever been to Tendermaid?