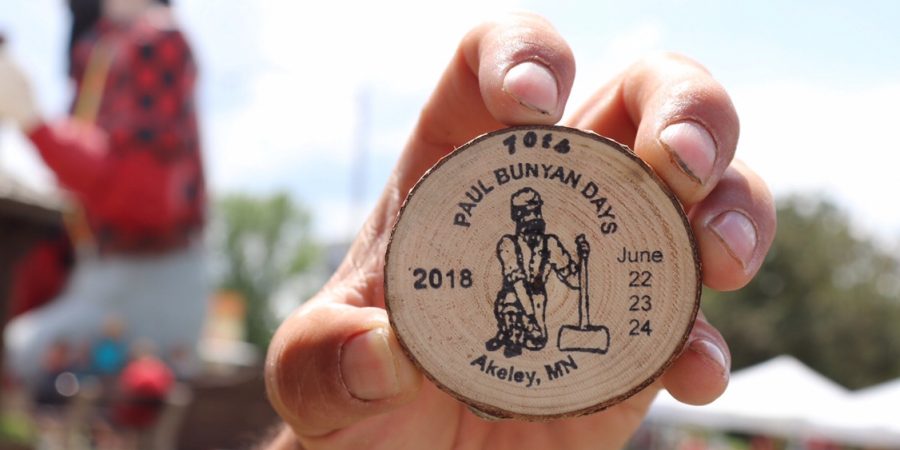 This past weekend was the 70th Annual Paul Bunyan Days Festival in Akeley.

Some say 68th, some say 69th, but most residents say 70th and I tend to follow local lore.

The mythical lumberjack is directly tied to Akeley’s history through the Red River Lumber Company, that operated in town during the height of the logging industry.

Red River was one of the largest forest products corporations in the nation and as the company grew, as did Akeley around it, along with written legends of Paul Bunyan.

The visual representation of an ax-swinging giant became the face of the Company’s advertising.

Hailing as Paul’s birthplace, the celebration has grown to a three-day extravaganza.

seriously, best strawberry rhubarb pie I have ever had

and my Mom agrees

You could also peruse the flea market and listen to live music while grabbing snacks like deep fried walleye, cheese curds, 1919 root beer, cotton candy and freshly squeezed lemonade at any one of the local food vendors and trucks.

I made sure to visit the Paul Bunyan Historical Museum, located behind the statue, and snag my Paul Bunyan Days commemorative button to add to my collection.

Be sure to add next years festivities to your #mnbucketlist!