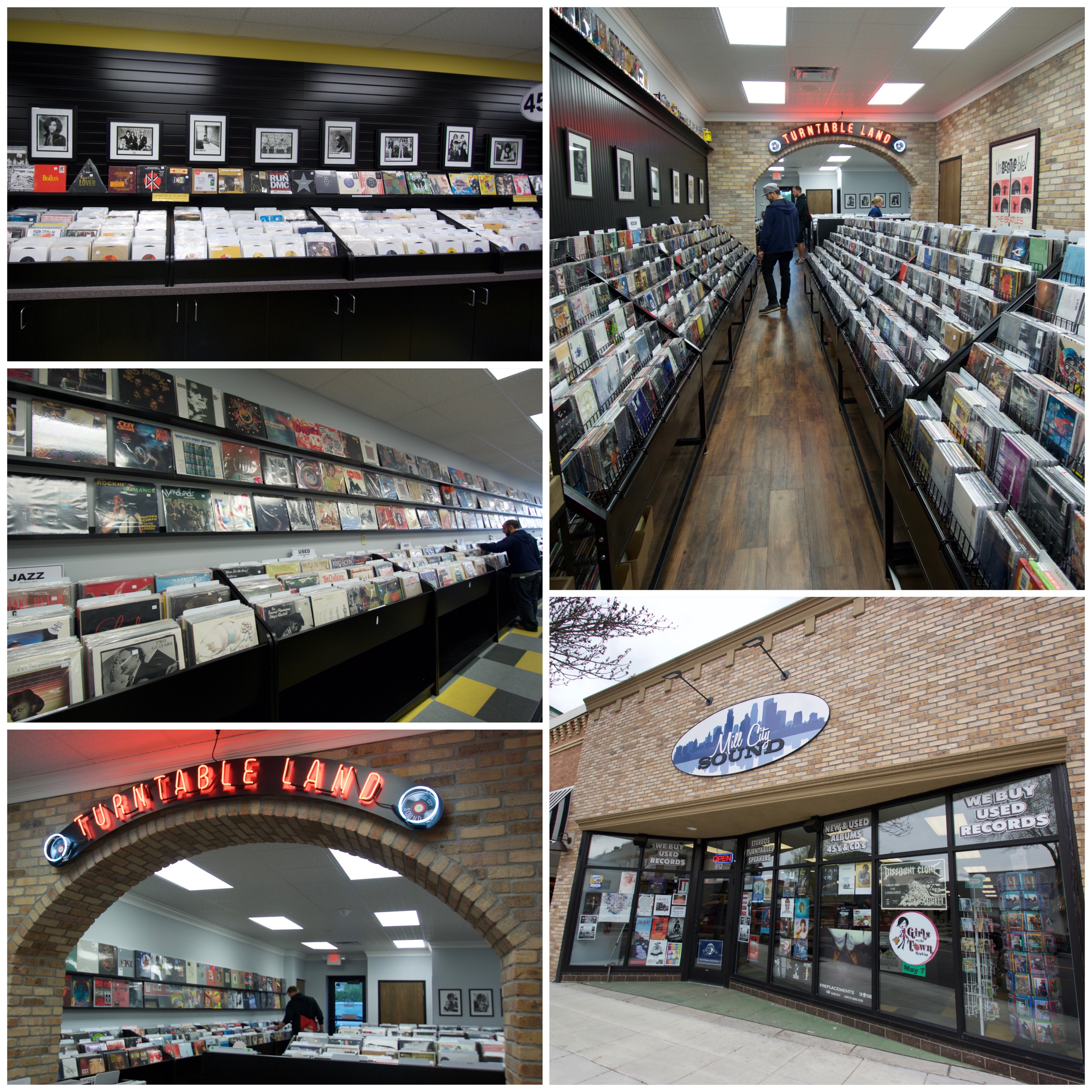 If you are a vinyl aficionado and haven’t been to Mill City Sound, a record store in downtown Hopkins, you are seriously missing out.  A mecca for music lovers in the southwestern metro and neighborhood fixture, Mill City is owned by Rob Sheeley, a lifelong record lover who opened his store in 2014 after selling an audio/visual business. Housed in a 115 year old storefront, across the street from Pub 819, that originally was home to a pharmacy and a hardware store. The spaces were adjoined in the 1950s. Rob and his wife opened Mill City Sound and a neighboring antiques store. Because of the popularity of Mill, the antique store was closed to expand which will move the basement full of 45s upstairs for easy access. Rapidly become known as one of the largest purchasers of used vinyl in the upper Midwest, Rob recently bought 100,000 unopened records, an entire vinyl inventory of a record store that closed its doors in 1984 in Big Spring, Texas. With an already extensive local music collection that includes an entire section of releases by artists associated with Prince, the new impressive catalogue will bring in collectors from not just Minnesota, but all over the country. Mill is a good place to find refuge from the bitter temperatures; come peruse and talk music for a few hours with the most knowledgable staff around. Full of Rock, Jazz, Blues, Soul, Reggae, Country, Electronica, and Folk, Mill offers new and used records and CD’s and stereo equipment. Don’t feel like leaving the house? That’s cool. you can shop in-store OR online. Have a collection of your own that you’re ready to part with? Also, cool. Ron buys up vinyl LPs, 45s, and CDs (yes, whole collections) and will even make house calls!