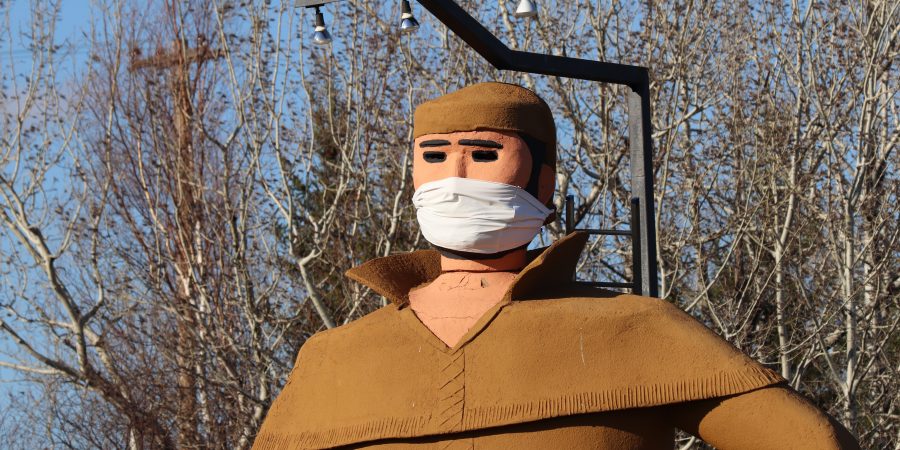 Did you know that Minnesota became the 32nd state of the union on May 11, 1858? Did you also know that I came into the world, meant to usher in travelers to the Two Harbors area, 101 years later? It’s true! You can’t make this stuff up! Since everyone else is telling you all about Minnesota today, let me tell you about myself. I was brought to life in 1959 by Stanley Nelson. I lived at the Stanley Nelson’s Voyageur Museum and Voyageur Motel. I became a billboard to passersby–a wayside oddity back then. Buckskin coat (it was fake, don’t worry) with raised lapels, a matching cap, and boots to match! While others like me wore bold colored pants, I, however, chose the more neutral tones. This fact has added an aura of mystery about me, though, to be clear, flesh-tones, not trouser-less.

It wasn’t too long after that I became a star. Dare I say, an icon? Everyone looking for roadside attractions on drives up the North Shore stopped and took pictures with me. My heyday. Years later, after the museum closed, I was in a state of disrepair. Fast forward to 2011. I found a lot in life and a new home outside of the Earthwood Inn located near Scenic Drive and Highway 61 just outside of Two Harbors. Can you imagine? My cubist frame restored to its former glory, I gush. Anyway, I was loving my new home and paint job. Then, in 2017, I had an unfortunate accident that left my entire right forearm gone. I KNOW. Alas, I had to wear a sling but I was later fixed, good as new.

Today, I am donning a mask – welcoming and beckoning safe travels. I am still standing as a symbol of some (but not all) of the different historical accounts that collectively make up the 32nd state of the union.