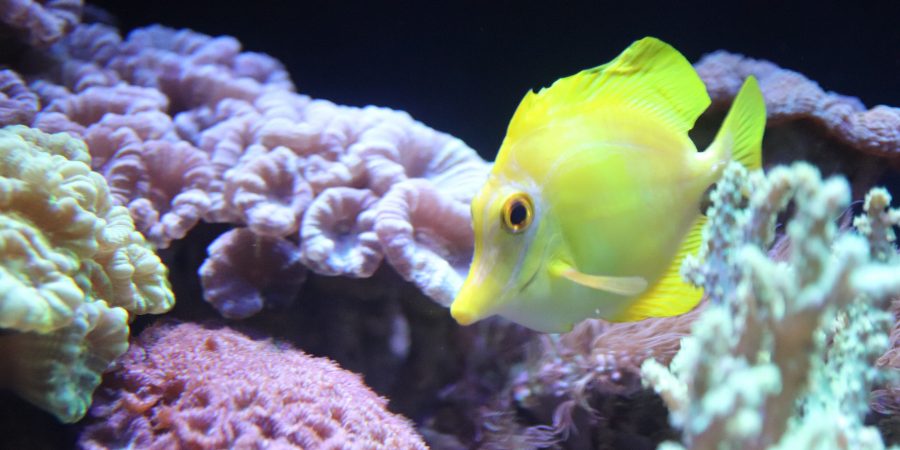 If you are going to be in or passing through Duluth anytime soon, make sure to spend some time at the Great Lakes Aquarium.

Previously known as Lake Superior Center, Great Lakes Aquarium has been part of the Duluth Waterfront since 2000.

From many vantage points throughout the building, you can catch a view of Canal Park, the Lake Walk, and the Ariel Lift Bridge.

One of my favorite things to do in the area, the aquarium highlights the species and diversity in nearby Lake Superior.

Interestingly, it is one of few aquariums in the United States that focuses predominantly on freshwater exhibits.

You can check out all the exhibits like the Baptism River, a fast-moving display featuring a waterfall, or the Saint Louis River, a slow-moving river habitat with perch, walleye, sturgeon, channel catfish, and other native species.

The Otter Cove exhibit features two North American river otters, Agate and Ore and was designed after a Cove in Pukaskwa National Park in Ontario.

There is also Shipwrecks Alive!, an exhibit that centers on how sea life makes their home in shipwrecks.

One of the coolest things about the aquarium is the Unsalted Seas exhibit. It features the largest sturgeon touch tank in North America.

It gives you the chance to interact with several species of sturgeon including Beluga, Sevruga, Sterlet, and Osetra.

The pièce de résistance is the absolutely incredible Isle Royale, a two-story fish tank that gives a window into Lake Superior and all the Great Lakes, containing all kinds of freshwater fish like trout and lake sturgeon.

The 85,000-gallon main exhibit is located in the very center of the building, and it extends to both the first and second floors.

The aquarium houses 205 different species of fish, birds, reptiles, amphibians, and mammals. It was fun to see the magpie and what just so happens to be the most photogenic albino painted turtle I have ever had the pleasure of interacting with.

There are other fascinating aspects of the aquarium as well as displays of the history of the Great Lakes Basin and the ecological challenges the lakes face, as well as the giant water wall separating the aquarium from the visitor entrance. Have you ever been?