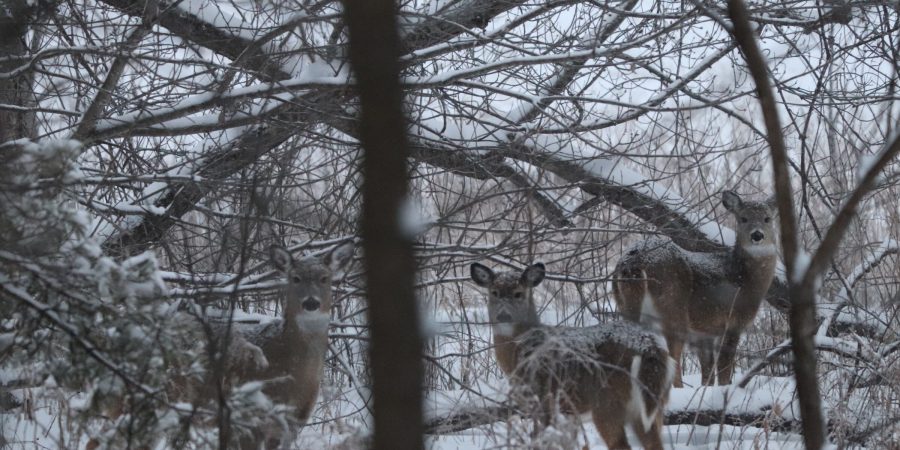 Whitewater State Park is in Altura and preserves a stretch of the Whitewater River.

The Dakota named the river Whitewater because it turned milky white in the spring as high water eroded light-colored clay deposits along its banks.

Surrounded by rocky bluffs, this secluded park seems to pop out from nowhere.

It is located in Winona County, 7 miles north of St. Charles on Minnesota State Highway 74, which runs through the park.

A favorite in southeastern Minnesota’s blufflands, the state park has picturesque limestone bluffs with incredible vantage points including Chimney Rock, Inspiration Point, and Coyote Point to see across the deep ravines for spotting rock outcroppings and wildlife – which is always my favorite!

If you are looking for solitude, away from the noise and cell reception of everyday life, I would highly recommend hibernating in the rustic, winterized camper cabins in the new Minneiska campground.

Replacing the Gooseberry Glen campground, which was prone to flooding, Minneiska has been built with the feedback from campers that the DNR had received.

For example, two of the camper cabins have a tent pad included, which is actually a first for Minnesota; at every other camper cabin statewide, tent camping is banned.

How cool is that?!