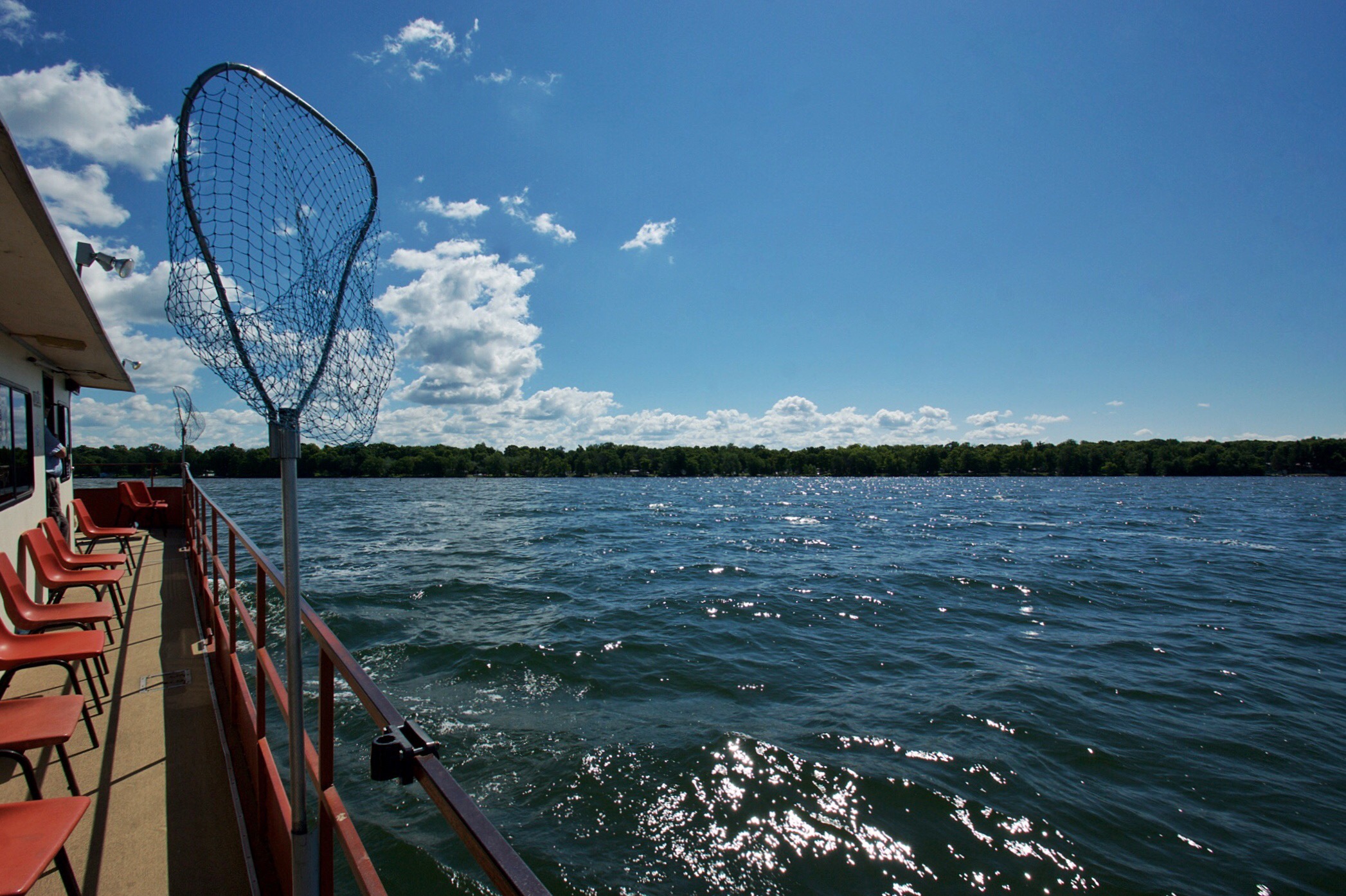 This past Saturday, I headed up to Isle to go fishing on Lake Mille Lacs with Governor Mark Dayton, Minnesota Vikings Defensive Tackle Linval Joseph and  Minnesota Fishing Page’s Brett and Amanda McComas. We set off in pursuit of bass as Mille Lacs was recently named the best bass fishing lake in the country by Bassmaster Magazine.  USA TODAY gave the same accolade. Hosted by Greg, Suzy, and Dean Fisher of Fisher’s Resort, a three generation, family-owned resort since 1959 who have a few of their own titles including best launch in Minnesota.

Fishing is a favorite among Minnesota traditions and pastimes. So it’s no surprise that Bloomington native, Seth Feider won last year’s Bassmaster Tournament. The win put the spotlight on the lake’s smallmouth bass fishing. Last month, Governor Dayton celebrated the state bass fishing opener on Mille Lacs with Ron Schara and Feider, the Bassmaster Champion himself. This year, the Toyota Bassmaster Angler of the Year Championship will take place on Mille Lacs in September, with Grand Casino Mille Lacs and Mille Lacs Tourism as hosts. Adding clout to Lake Mille Lacs’ growing reputation as no less than a renowned bass fishing destination.

Despite the buzz of boaters on the lake, Governor Dayton made the expedition a blast with his humor and all-around good guy nature. While we only snagged a Northern, it was a great morning on the lake!

Interested in heading to Mille Lacs? Check out MilleLacs.com for all kinds of ideas. Or snag the new visitor guide. #dothelake #onlyinmn