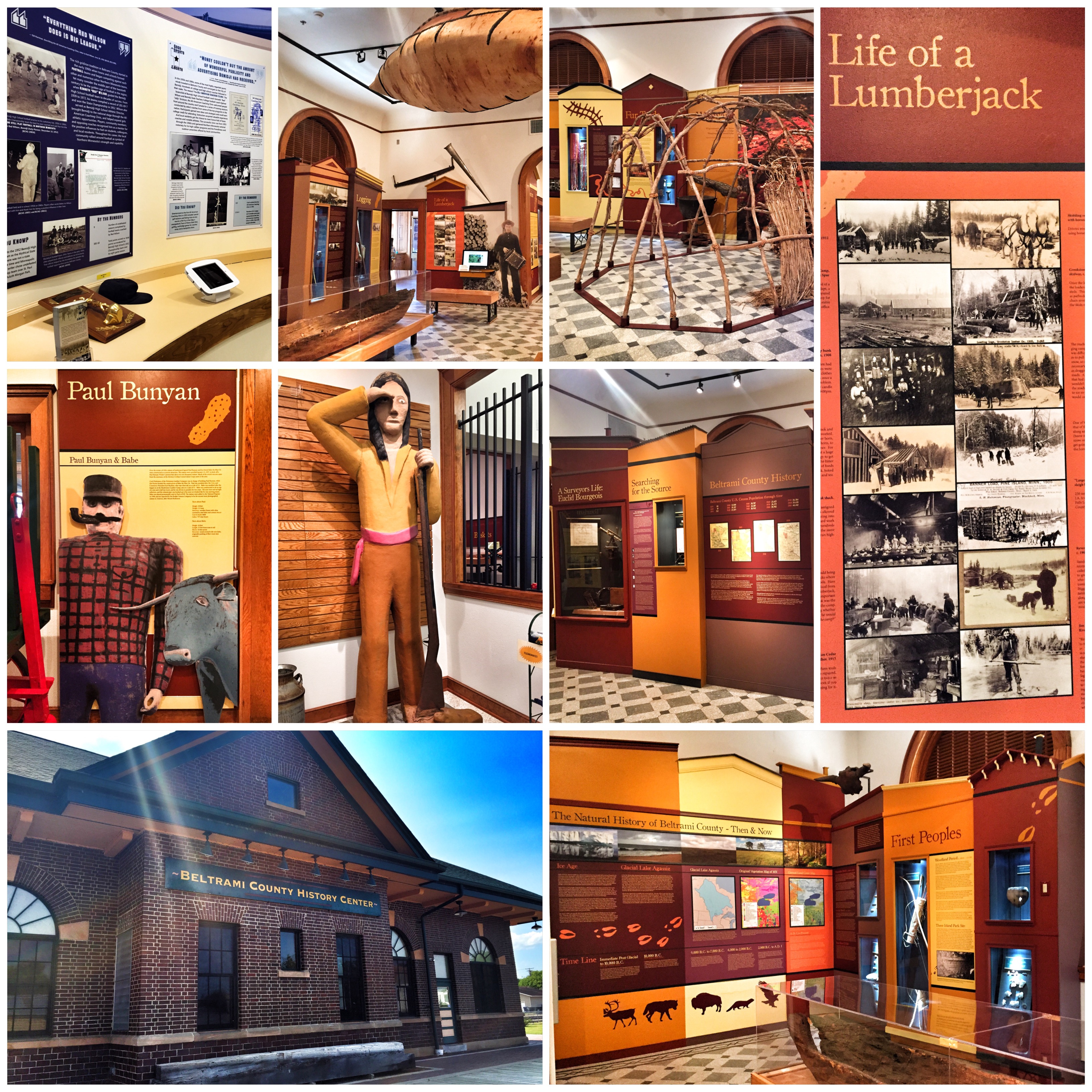 Fall is a good time to explore, not only outdoors, but to stop in to historical places to take the chill off. I chose the Beltrami County History Center in Bemidji. With neo-classical architecture dating back to its construction in 1912, the museum sits in the Great Northern Depot, the last depot built by Railroad industrialist James J. Hill so naturally it ended up on the #mnbucketlist. It’s on the National Register of Historic Places, still has the original floors, is home to the Beltrami County Historical Society and houses an archive that includes city directories dating all the way back to 1904. The museum has long term and short term exhibits with a focus in the logging industry (yep, Paul Bunyan is there!), Ojibwe life, the coming of pioneers, the historic railroad system that completely changed the landscape and even an exhibit about sports in Northern Minnesota.

The county, the one Bemidji is in, is named after Giacomo Costantino Beltrami. Interesting guy. I won’t delve too much but I would highly suggest reading about the time he spent in Minnesota territory looking for the source of the Mississippi (later found by Henry Schoolcraft to be the headwaters at Lake Itasca). During that trip, he found and kept two indigenous Native American flutes that he brought back with him to Italy and are now in the Museo Civico di Scienze Naturali collection in Bergamo, Italy. Interesting parallel: You will hear Native American flute music in one of the exhibits.