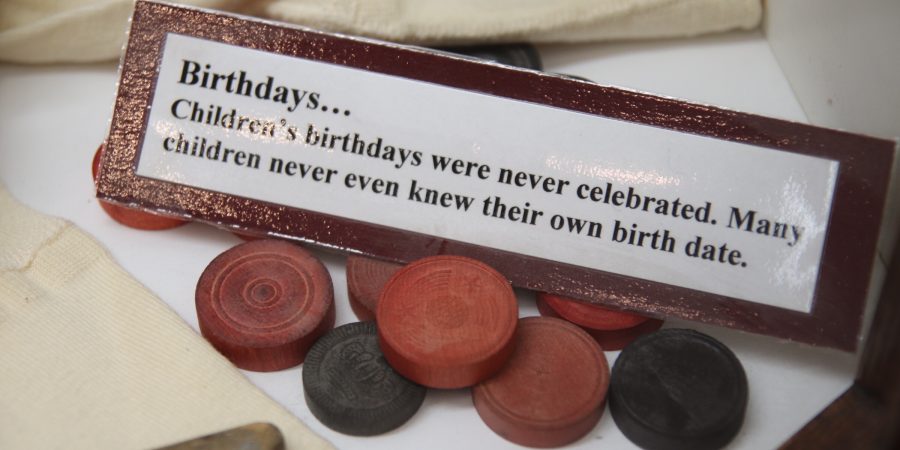 The “State School” was created by an act of the Minnesota legislature in 1885 as an effort to provide safe, transitional housing for the state’s orphaned, abandoned and abused children who had been made wards of the state by the probate courts.

Before this facility was created, these children were placed on poor farms with adult derelicts, petty criminals, alcoholics, and the mentally ill – often dying of malnutrition and neglect.

The State School set to take these at-risk children and place them in a home-like setting, giving them an education, trade skills, and placement with suitable families.

The school had its own power plant, greenhouse, ice house, and cemetery.

There was also livestock and large-scale gardens.

The children, the wards, were expected to act as the primary labor force.

The State School was to be a temporary home, preparing the children for adoption or placement in new homes.

While the intent was to keep the children only for a few months, many stayed on for years, suffering the effects of institutionalization.

Over 60 years of operation, the State School, once the third largest institution of its kind in the nation, was home to a total of 10,635 children.

The facility closed in 1945 as adoption and foster care came to be preferred over institutionalization.

In 1947, the State School was officially abolished. Taking its place was the newly established Owatonna State School (OSS), which provided academic and vocational training for individuals with developmental disabilities. The OSS closed in 1970.

After four years of vacancy, the campus was purchased by the city of Owatonna to serve as its new seat of government. While the complex is still used, there is a section of the administration building dedicated to its history.

The museum is located in the central hall of the Owatonna City Administration Building and contains original photos, videos, artifacts, memorandums, letters, and personal stories and effects.

If you are interested in exploring, you can peruse the museum, stroll the grounds, and even walk through a restored boys’ cottage.

It is indeed a heart-wrenching experience although worth the trip, lest we ever forget.

Interesting fact: Several former residents or their family members have written memoirs of their lives, including their time at the State School including; God’s Angry Man: The Incredible Journey of Private Joe Haan by B. Wayne Quist; A Boy from C-11 Case #9164, A Memoir by Harvey Ronglien; Iris Blossom and Boxing Gloves by Iris Segelstrom Wright; Crackers and Milk by Arlene Nelson; No Tears Allowed by Eva Carlson Jensen; While the Locust Slept by Peter Razor; My Light at the End of the Tunnel by Helen Hoover Bowers; Patty’s Journey: From Orphanage to Adoption and Reunion by Donna Scott Norling; Barn Vet – The Story of a Minnesota Finn by Aaron P. Antroinen, DVM; Minnesota Man by Jemkay Smith; Pursuit of Perfection: From Orphanage to National Champion by Lynn Borland