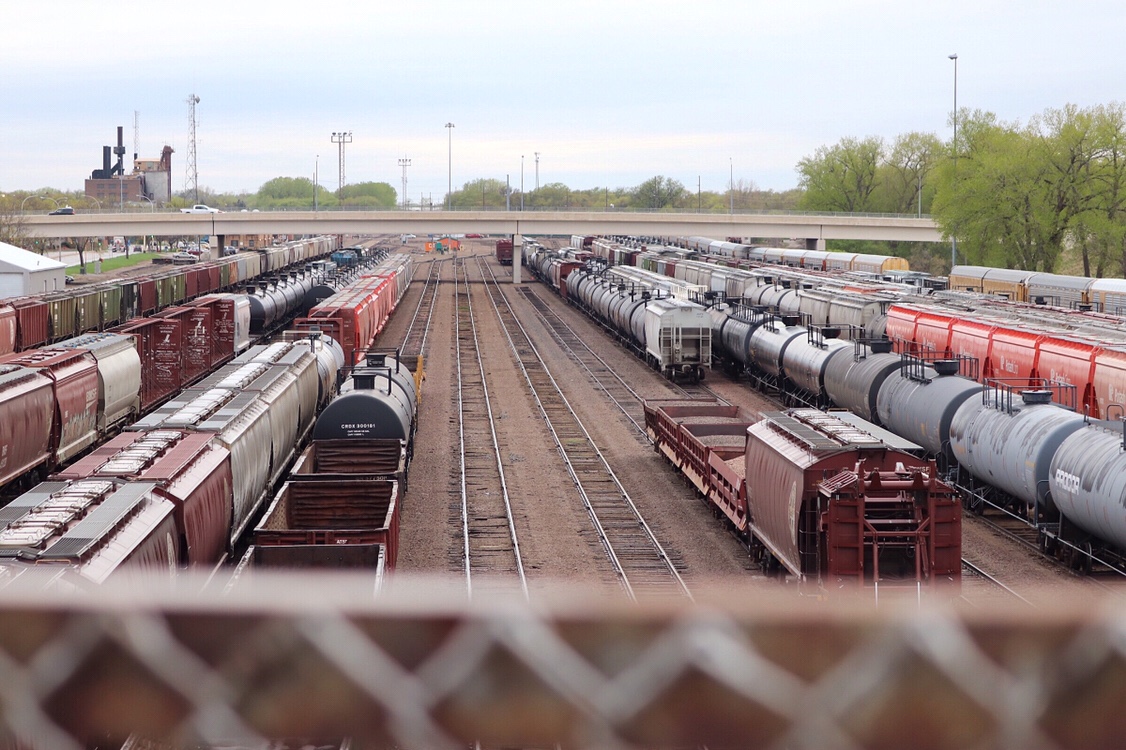 While venturing around Willmar during the #MNGFO2018, I stumbled upon the pedestrian bridge that extends across the stacks of railroad tracks. It is not out of the ordinary to see long trains in Willmar.

Kandiyohi County has been a railroad hub for more than 120 years. The long strings of engines pull commodities like coal, petroleum, and grain.

More than 200 people are employed at the Willmar switching yard, which has three lines and accommodates more than 40 trains a day.

Interesting piece of history: On June 24, 1882, one of the most disastrous railroad wrecks in Kandiyohi County’s history took place here. The train left Willmar to travel to Grove City gravel yards.

Two and a half miles west of Atwater the train’s tender jumped the track due to the heavy grade and fast speed.

As the train approached a curve in the track, the engine derailed and rolled down an embankment into a slough. People from Willmar and Atwater came to the aid of the train crash victims. Thirteen men were killed and nineteen injured. The county coroner, district attorney, and a jury investigated the crash.

The jury found the crash was caused by the reckless manner the train was run and the negligence of St. Paul Minneapolis and Manitoba Railroad Company in establishing a speed for gravel trains. A mass grave of the victims is in Fairview Cemetery at Willmar.