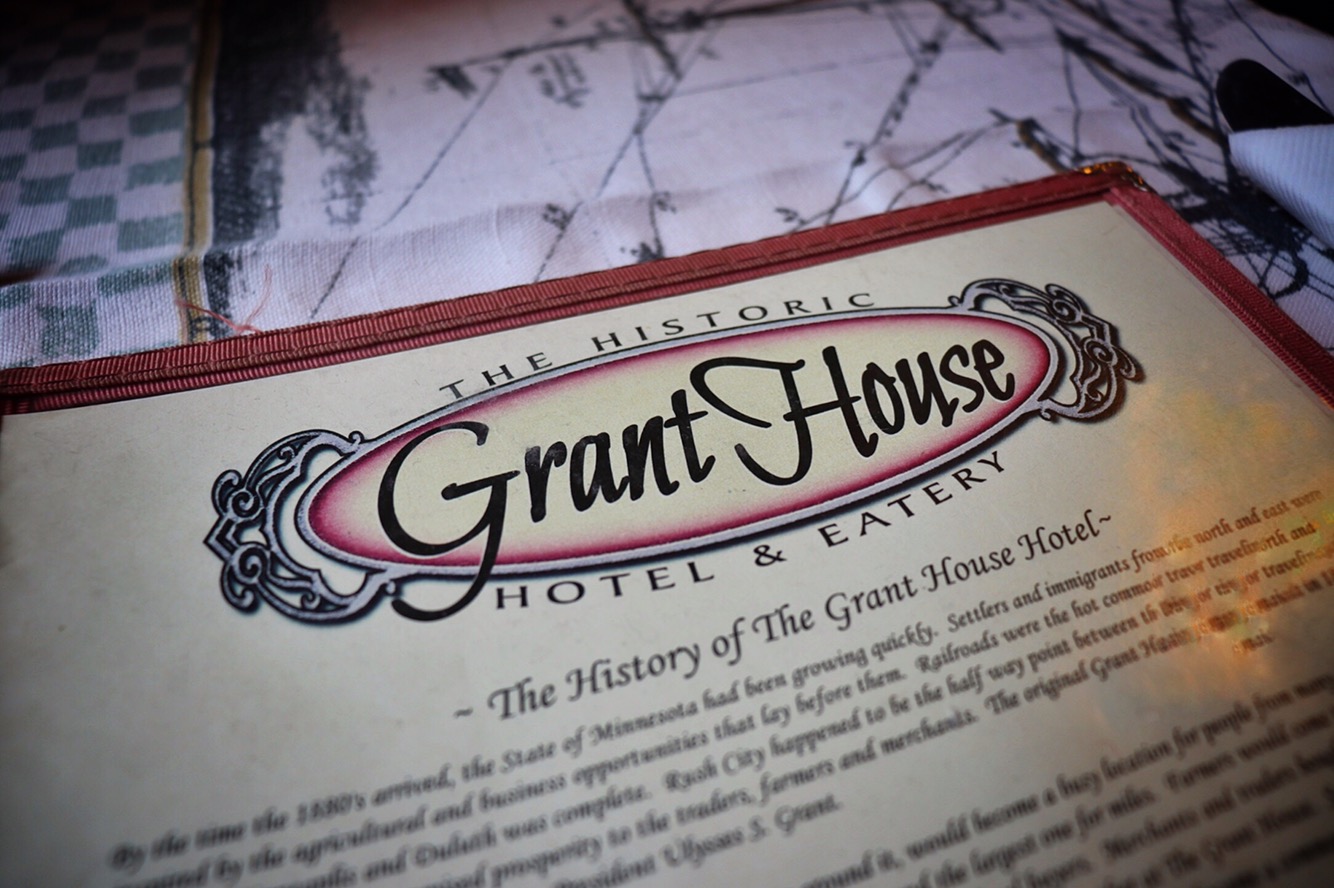 Located in Rush City and housed in a restored 19th-century tavern is the Grant House Hotel and Eatery. The original Grant House Hotel was built in 1880 by Colonel Russell H. Grant, second-cousin to Ulysses S. Grant. Majestic, it stood until 1895 when a fire destroyed it. Burnt to the ground just a handful of years after its construction, it was rebuilt by Grant in 1896. Since then, the interior of the Grant House has been beautifully restored, featuring 11 turn-of-the-century rooms with modern amenities. Stylish, charming, individually-decorated rooms full of period-specific touches.

Over the years, many travelers and businesspeople came by rail (or in later years by Greyhound) because it was a good midway point between Duluth and the Twin Cities. The Grant also has a laid-back downstairs restaurant (open 7 days a week), that feels like your grandma’s kitchen. It’s the perfect place for brunch on the way to the north shore!

Interesting side note. The building itself has a darker past, with tales being told of the days where the hotel operated as a bordello and a haven for bootleggers. At the corner of 4th Street and Bremer, the three story hotel is said to be home to the paranormal. Reports range from ghostly laughter and voices, footsteps, furniture being shifted around rooms at night to the apparition of a woman who appears behind guests in mirrors.

One Reply to “Grant House Hotel and Eatery”