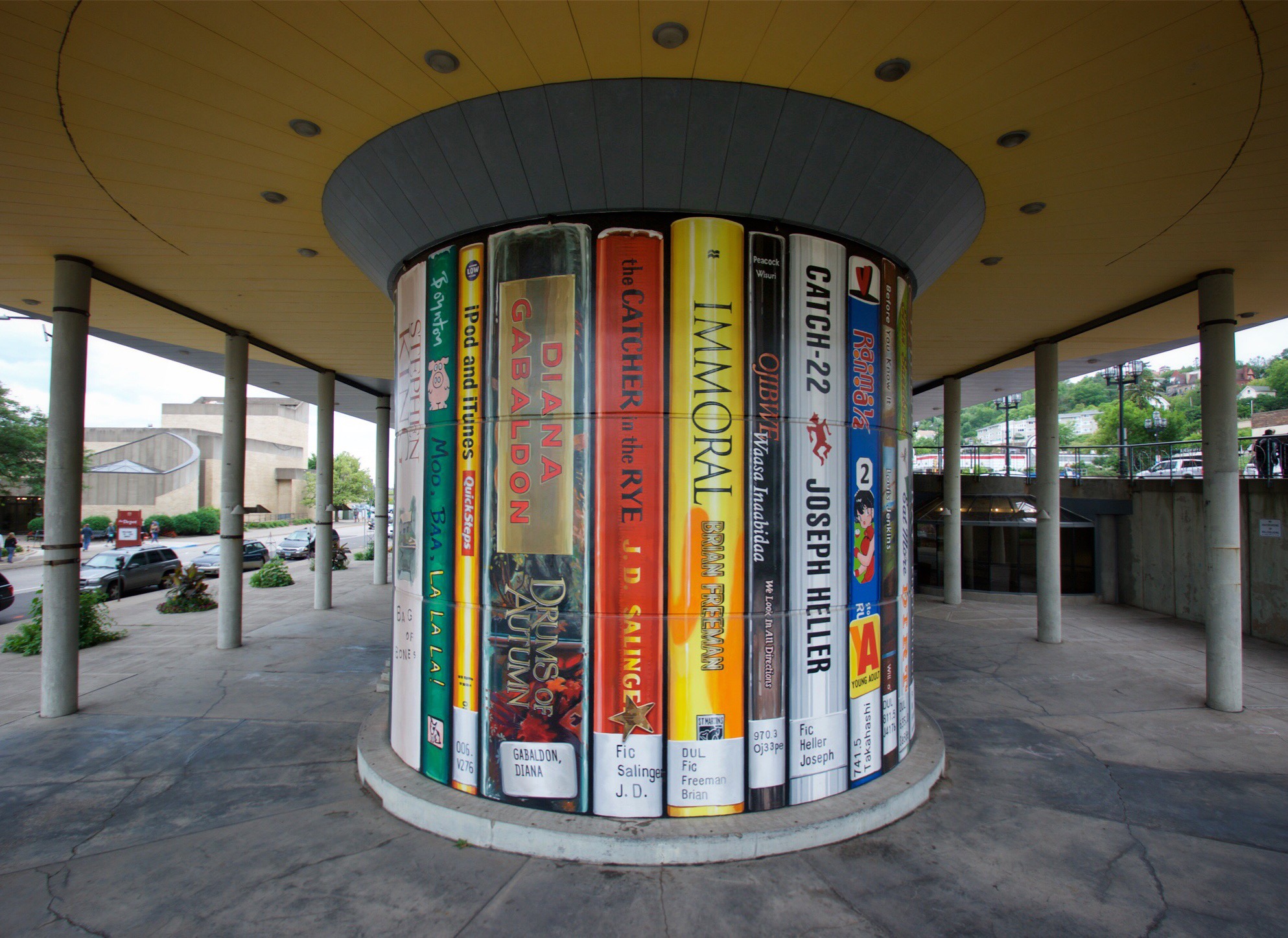 Located in downtown Duluth, Minnesota and opened in 1980, the Duluth Public Library is a part of the Arrowhead Library System and serves a population of 86,319. They have three location; Main Library off Superior St., Mt. Royal Branch in Mt. Royal Shopping Circle and West Duluth. The building was designed by architect Gunnar Birkerts and underwent renovations in 2008. Later that year, Mayor Don Ness made budget cuts, which resulted in library employees being laid off and hours were reduced. In  2011, a referendum was passed that changed the way Duluth’s city parks were funded and thereby freeing up funds to restore library hours and staff. In July 2009, the Bill & Melinda Gates Foundation gave the Duluth Public Library an Opportunity Online Hardware Grant to be used for the purchase of new computers. The library’s collection includes books, audiobooks, downloadable e-books and audiobooks, DVDs, CDs, large-print materials, maps, pamphlet files, government documents, newspapers, serials, and microfilm. interlibrary loan, and research and reference help. They also have a The Duluth Collection that includes books by or about Duluth residents, as well as materials on local history, politics, architecture, business, and education. Their Minnesota Collection includes books by Minnesota authors, as well as materials related to Minnesota and Lake Superior.

But wait, there’s more! The library has a number of other amenities such as One Book, One Community; a citywide reading project that encourages citizens to read a particular book. iFilms is a free film series featuring independent and international films. Storytimes for children are held weekly. They host an annual used book sale and Kaleidoscope, a series for children, held on the Library Plaza every summer. Tax Preparation Help is provided every year by accounting students from the University of Minnesota-Duluth. Finally, my favorite; a way to start your own book club with Book Club in a Bag, it includes ten copies of a book and a study guide. A roadside attraction, sure, but the Duluth Public Library is so much more.