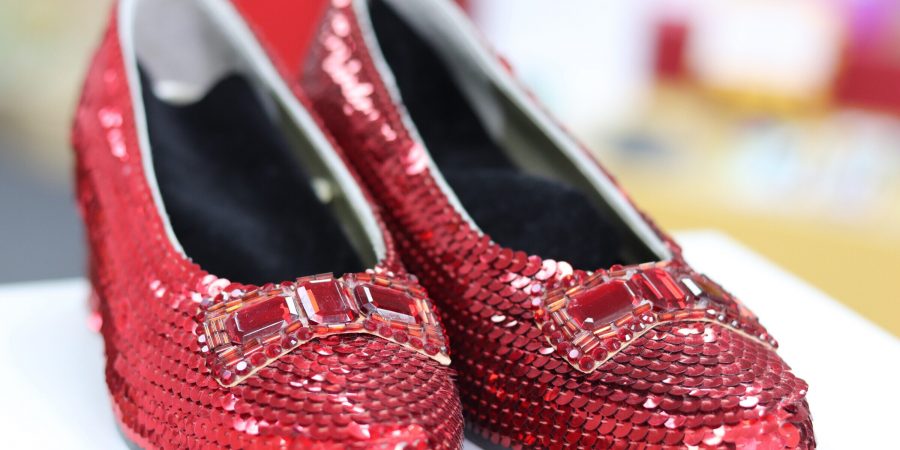 Judy Garland Museum has been a must-stop for travelers and locals alike since 1975.

For those unfamiliar, Francis Gumm who would later become Judy Garland is the jewel of Grand Rapids.

She is the star of Wizard of Oz, MGM’s 1939 film that has been seen by over 3 billion people and continues to be a nostalgic favorite.

Home to a collection of artifacts, exhibits, lectures, performances, seminars, film screenings, and the world’s largest collection of Garland and Wizard of Oz Collectibles including an Original Andy Warhol serigraph of Judy Garland.

Interestingly, the Judy Garland Museum is one of the first celebrity museums to open in the United States.

The museum also features the Lincoln Carriage, featured in “The Wizard of Oz”, which was pulled by the “horse of a different color.”

This Barouche Carriage is a Civil War-era Brewster, which was constructed of hand-forged ironwork, and the body of American hardwoods.

Aptly named the Lincoln Carriage as it is said that it was intended for the President himself; handwritten on one of the four wooden bows, which is the framework for the folding top, is A. Lincoln, June 8, 1863.

You will also have a chance to check out the restored Judy Garland Historic House.

Built in May of 1892 by Andrew Shook, the captain of the steamboat, Fawn, which plied the Mississippi River to the terminus in Grand Rapids.

The house was then purchased by State Senator Daniel Gunn in 1905.

The Gumm family were very active in the community.

Judy’s father, Frank, led the Episcopal Church choir and was a reporter for the newspaper, he even introduced the town song.

Her month, Ethel organized many community shows and school plays.

The family regularly performed vaudeville acts at the New Grand Theater between showings of silent films.

The house has been since restored in all its grandeur to appear as it did when Judy’s family occupied it the mid-1920s.

The museum is also home to one of the iconic ruby slippers Judy Garland wore in the film “The Wizard of Oz.”

The slippers have become quite infamous.

The slippers were stolen in 2005 when a thief broke in through the museum’s back door.

These slippers are one of the most coveted items on the Hollywood memorabilia market.

The theft sparked years of rumors and dead-end leads. Rumors developed that local wayward youth were most likely responsible for the theft and had tossed the slippers into the Mississippi River or in one of the iron ore pits.

Thirteen years later, in July of 2018, after a sting operation in Minneapolis, red sequined slippers has been found and returned home.

Fun fact: In 2014 the museum set a Guinness World Record for the most dressed-up Wizard of Oz characters is set by the Museum with 1,093 participants.