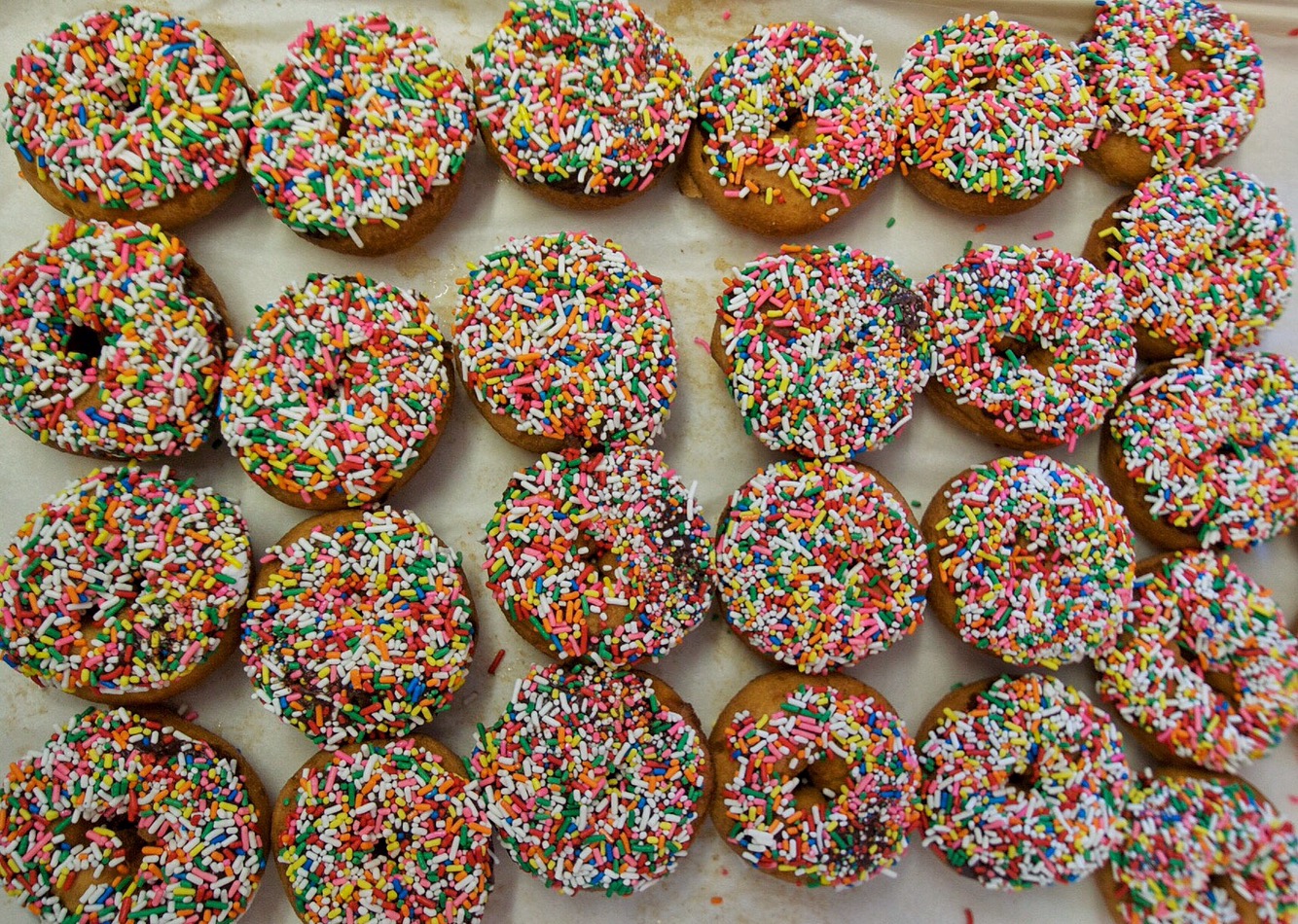 Cake donuts are my thing. Sprinkles, even better. These delightful little saccharins are from the Isle Bakery.

Made fresh every single day, Isle has a good assortment of pastries including cupcakes, cookies, donuts, Bismarks, eclairs, and caramel apple fritters. They also offer cake decorating for any occasion. They don’t stop at the sweets either. You can grab homemade breads like flax seed loaf and sourdough when you pass through town. Like any old-fashioned, family owned, affordable, accommodating sweet shop, you can find them by following the unmistakable smell of a sugar and flour in the air.

Owned by Paul and Cori Swenson, both of whom spent their formative years in the area. Cori grew up in Brainerd and actually worked at the bakery for the previous owners.  Paul grew up in the Isle area until his family moved to the Brainerd.  Paul began his love of baking with his stint working at Mr. Donut when he was in high school. Over the course of his career he worked for many bakeries around the country, including the Opryland Hotel in Nashville, TN. His former clients have included stars and even presidents. He and Cori chose to move back to Minnesota and in March of 2015, they took over Isle Bakery.

While it seems to be a hidden gem, it has become, for many, a family favorite and a must stop on the way to the cabin – and thankfully open seven days a week.

One Reply to “Isle Bakery ”